SOUTHERN CAPE NEWS - The South African mountain biking season starts on Saturday, 18 January, with the Momentum Health Attakwas Extreme presented by Biogen. Known as the Hell of the South, it is a 121-kilometre-long traverse of the Klein Karoo, fabled Attakwaskloof and the rolling roads through the Outeniqua Mountain foothills.

It is also the traditional season opener for South Africa’s mountain biking community.

Boasting UCI status, as the opening round of the UCI MTB Marathon World Series, the fourteenth edition has attracted a stellar field of local and international talent.

Southern Cape locals, Matthys Beukes and Robyn de Groot start as favourites. Beukes will, in fact, be looking to add a fourth title and his third successive win to his palmarès. The PYGA Euro Steel star notched up victories in the 2012, 2018 and 2019 editions.

De Groot meanwhile will be keen to show that her late 2019 form signalled a true return to her best after iliac artery surgery early last year.

They will however not have things all their own way. The elite men’s race in particular features an exceptionally deep field. Alongside Beukes there is a former winner, in Karl Platt, the South African national marathon champion, Arno du Toit, Beukes’ teammate Philip Buys, and returning for the first time since 2015, Matt Beers.

The list of potential winners does not end there, however.

How the former Dimension Data (now Team NTT) riders, who are racing as Team First Move, will fare on their return to wide tyres will be one of the race’s main subplots.

The main battle though is likely to unfold between a group of three five-star favourites; Beukes, Buys and Beers. Beukes holds the aces of, Momentum Health Attakwas Extreme presented by Biogen, winning know-how. He dipped below the five-hour mark in both his 2018 and 2019 winning rides, and if given enough assistance by his rivals in 2020 he, or the eventual winner, could well break Urs Huber’s four-year-old course record. 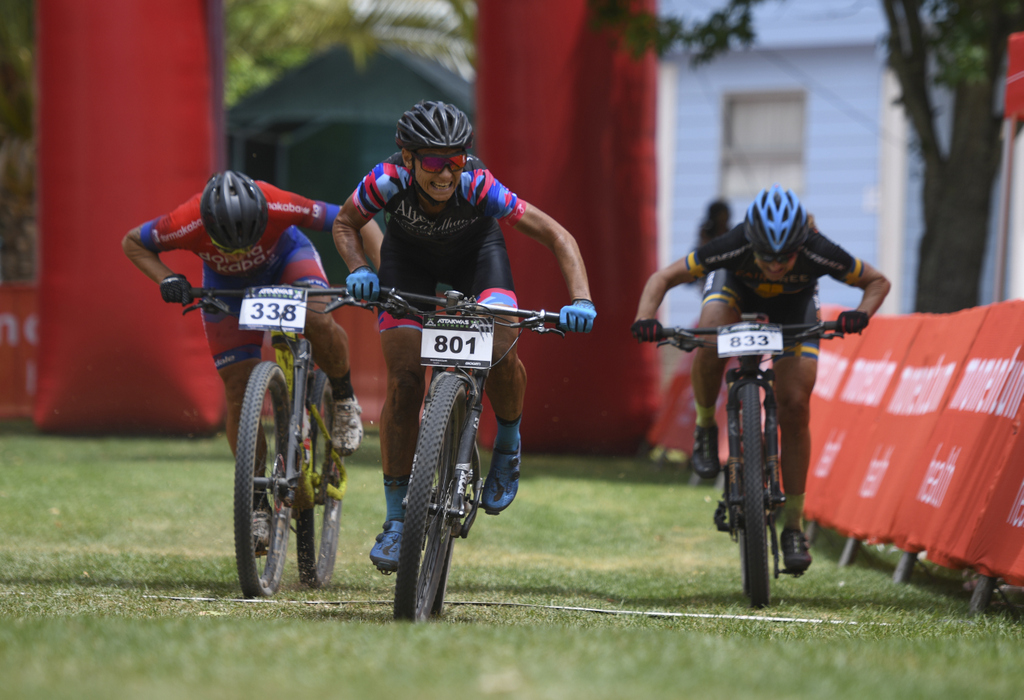 Unlikely as it was the 2019 elite women’s race came down to a sprint finish, providing one of the most thrilling finales in the event’s thirteen edition history. Photo by ZC Marketing Consulting.

In Buys, Beukes has a partner for much of the race. The pair both ride for the PYGA Euro Steel team and should work together to minimise the risk posed by NAD Pro MTB’s Beers. Beers for his part will find support from teammates Bell and Botha.

Should it come down to a sprint team tactics will be vital; but it is unlikely that the rolling roads towards the finish line will allow a group to reach the Pine Creek Resort, in Great Brak River, together.

Though that is exactly what happened in the 2019 elite women’s race; when Yolande de Villiers held off Samantha Sanders and Jennie Stenerhag to win the title. In 2020 an injury enforces the absence of South African national marathon champion Sanders and De Villiers’ ongoing rehabilitation from a broken leg means that De Groot is the clear favourite.

It would be unwise though to write De Villiers off completely. The woman from Oudtshoorn knowns the route like the back of her hand and could spring a surprise on the more highly fancied riders in the field. 2019 third place finisher, Stenerhag, remains a constant threat in the race too. As do Sarah Hill, Theresa Ralph, Amy McDougall and Sabine Spitz. 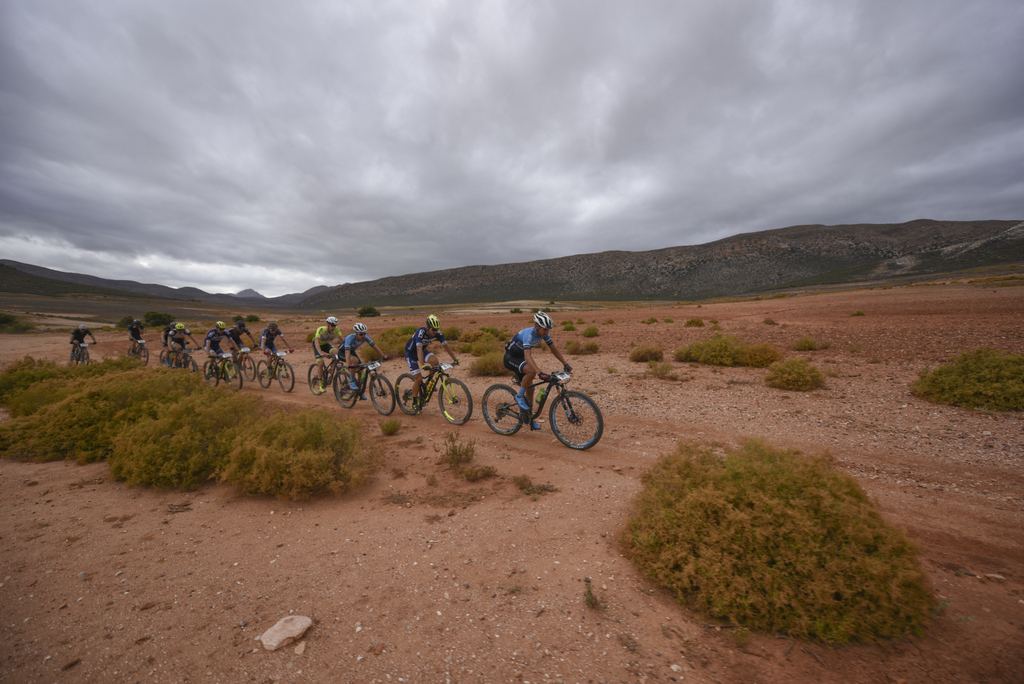 A stacked elite men’s field will be looking to make use of favourable weather conditions to challenge Urs Huber’s 2016 course record of 4 hours, 47 minutes and 46 seconds in 2020. Photo by ZC Marketing Consulting.

The unknown quantity in the elite women’s field is the Hungarian debutant, Barbara Benko. She has however spent ample time racing and training in South Africa in recent years, so the conditions should not be too alien to her.

The Ghost Factory Racing star is arguably the only elite rider, in the men’s or women’s field, with serious Olympic aspirations for later in 2020. So, it will be interesting to see if she is prepared to empty herself in pursuit of victory on Saturday with such a long season still ahead.

Mountain biking fans can follow the action live; with pre-race interviews from the Queens Hotel in Oudtshoorn, from 15:00 on Friday 17 January. The racing gets underway at 06:30, from the Chandelier Game Lodge, on Saturday 18 January. 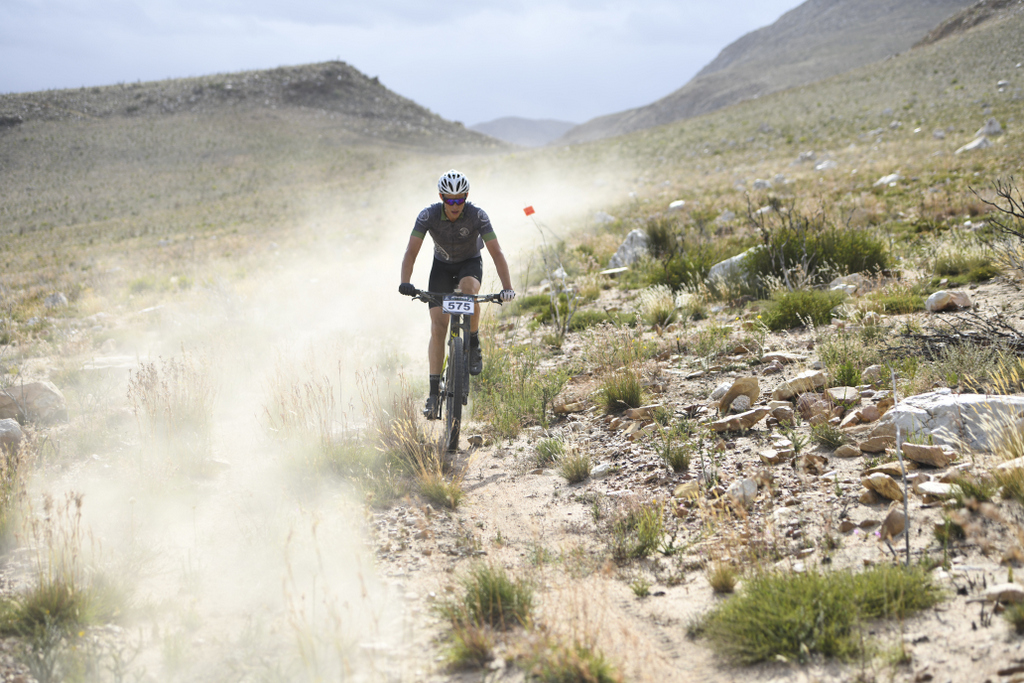 The rugged Attakwaskloof, inaccessible to mountain bikers outside of the Momentum Health Attakwas Extreme presented by Biogen helps provide the challenging route which gives the race its Hell of the South nickname. Photo by ZC Marketing Consulting.