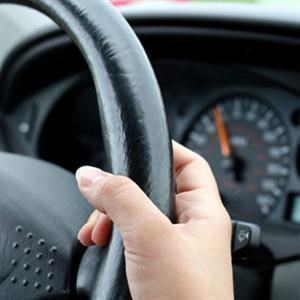 MOTORING NEWS - The number of older drivers in the UK will soar to record levels as the post-war baby boom generation reaches retirement, according to a recent report by the Institute of Advanced Motorists.

EXPERIENCE
Contrary to popular belief, the report shows that the years do not make drivers any more dangerous - and the experience of age is a powerful counterbalance to the dangerous exuberance of youth. Older drivers compensate for their advancing years, deteriorating eyesight and slower reactions by driving more carefully and with more experience than youngsters, according to the report.

The UK government would need to prepare for the change by including a ‘national strategy for older drivers’ as part of its road safety policy. The report was presented to road safety minister Stephen Hammond after a study was carried out for the IAM by experts at the Transport Research Laboratory.

REACTIONS
It found that drivers over 75 react just as quickly as other age groups when a vehicle emerges from a side road or if the car in front brakes suddenly on a rural road. Where older drivers have slower reaction times they use their experience on the road to compensate. They drive slower and keep a bigger following distance than younger drivers. Older drivers appear to stop short of the stop line at junctions and not look as often as others before pulling out. They also fail to look in their rear view mirror on the motorway as much as other age groups. Another disadvantage is that they are likely to have less flexibility in neck movement and poorer vision.

IAM chief executive Simon Best said: "There is no doubt that older drivers get a bad press. They are an easy target for other motorists' frustrations. At times the demands for them to be stripped of their licences or face compulsory re-tests is deafening. But older drivers are as safe as drivers from all other age groups."

Commenting on the number of licence holders over 70, the report says: "A dramatic increase is imminent as the baby boomer generation reaches retirement age. Levels of vehicle ownership have risen dramatically over the last 50 years. In 1975/76 only 15% of people over 70 had a licence. Now almost 60%."

The IAM arrived at its figures by analysing official statistics and projections from the Driver and Vehicle Licensing Agency and the Office for National Statistics.

There is currently no upper age limit for holding a driving licence, but all drivers over 70 have to renew their licence every three years and have to tell the DVLA about any conditions – medical or otherwise – which might affect their driving.