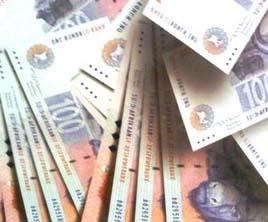 That’s the word from Richard Gray, CEO of Harcourts Real Estate, who says the first of these trends is the strong movement towards the better use of land and existing resources for environmental reasons, which is resulting in the densification of cities everywhere.

“In older cities such as London or New York, it is already very rare for anyone except the super-rich to have a garden of 1000sqm or 2000sqm, and infill and brownfields developments are familiar concepts.In SA, of course, large gardens are still common in many traditional suburbs, but we are now rapidly catching up with the drive for densification and sustainable development as urbanisation accelerates, and most new developments offer much smaller stands.

“What is more, as lifestyles change and the costs of maintaining a large property continue to mount, many property owners and investors in the heritage suburbs are seeing the benefits of sub-dividing and redeveloping their large stands to accommodate three or four homes instead of one.”

And this change, he says, dovetails neatly with the second trend, which is the rapidly rising demand among homebuyers in the wealthy baby-boom generation for smaller homes and gardens that are nevertheless still luxurious and still located in the upmarket suburbs with which they are familiar.

“Quite simply, baby-boomers who are used to large homes in expansive grounds are often quite willing to downsize but generally not at all willing to compromise on their quality of life, or on potential value growth, in the search for more compact, more manageable properties.

“They still want luxury properties, and they still want to live in an affluent, long-established area, which means that investors and developers stand to make excellent returns on the purchase of large properties in such areas that can be subdivided and redeveloped as exclusive cluster villages or boutique estates with excellent security provisions.”

Meanwhile, Gray says, there is also great scope for the redevelopment of land in less affluent and even run-down areas that are close to city centres or have the potential to become live-work-and-play precincts, thanks to the third major trend, which is the preference of “millennial” homebuyers for homes that are within walking distance of everything.

“These buyers – generally in their late 20s or early 30s – share an absolute aversion to traffic and long commutes, and they constitute a huge and growing market for apartments and small houses in mixed-use areas where they can easily walk to work, to shops and restaurants, to the gym and to the theatre.

“We are already seeing some great examples of urban renewal in our city centres in SA as developers move to meet the demand from millennials by revamping old office blocks and industrial buildings, but we believe there is also much room for ‘new buildings on old sites’ in inner suburbs that are also already well-supplied with infrastructure and services.

“In fact, we would say that the ownership of development land in such areas will shortly start proving to be an extremely profitable investment – even if it still has some old housing on it that needs to be demolished.”