Vienna's musicians find their voice after months of silence

They are dusting off their instruments after Austria's easing of coronavirus restrictions allowed cultural venues to open their doors again on May 19.

Conductor Daniel Harding rehearses with the Vienna Philharmonic Orchestra after cultural venues in Austria reopened on May 19.

ENTERTAINMENT NEWS - Classical musicians in Vienna are preparing to return to live performances after long months without audiences which have severely tested their motivation and, for some, even thrown their careers into question.

They are dusting off their instruments after Austria's easing of coronavirus restrictions allowed cultural venues to open their doors again on May 19.

Singers' agent Laurent Delage likens the challenge facing the musicians to "elite athletes who have to fire up the machine again" after a period of inactivity.

In the ornate Golden Hall of the Musikverein, considered one of the world's finest concert halls and home to a world-famous New Year's concert, one of those "athletes" is French bassoonist Sophie Dervaux.

She is rehearsing a symphony by Gustav Mahler and is keen to perform in front of a live audience again for the first time since the orchestra went on tour to Japan last November.

After this week's concerts in Vienna, she has performances in Denmark and Norway to look forward to as travel in Europe tentatively opens up.

Dervaux joined the Vienna Philharmonic six years ago, an appointment which she can hold for life. 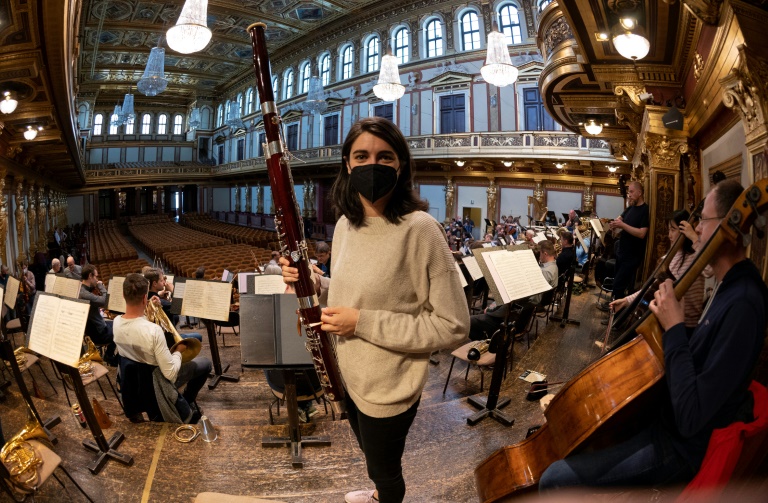 Bassoonist Sophie Dervaux admits her resolve to keep practising wavered at different times during the pandemic.

But she admitted she had gone through "very, very difficult periods" during the pandemic.

"I asked myself: 'Why work, why practise scales if I don't have any concerts?'"

After putting her bassoon to one side for a while, she eventually managed to find some alternative projects - particularly making records - to keep her spirits up and stop herself from getting rusty.

Daniel Froschauer, first violinist and chairman of the Vienna Philharmonic, says that streamed concerts during the pandemic have proved "incredible musical projects that kept me musically alive" after the "shock" of the first lockdown. 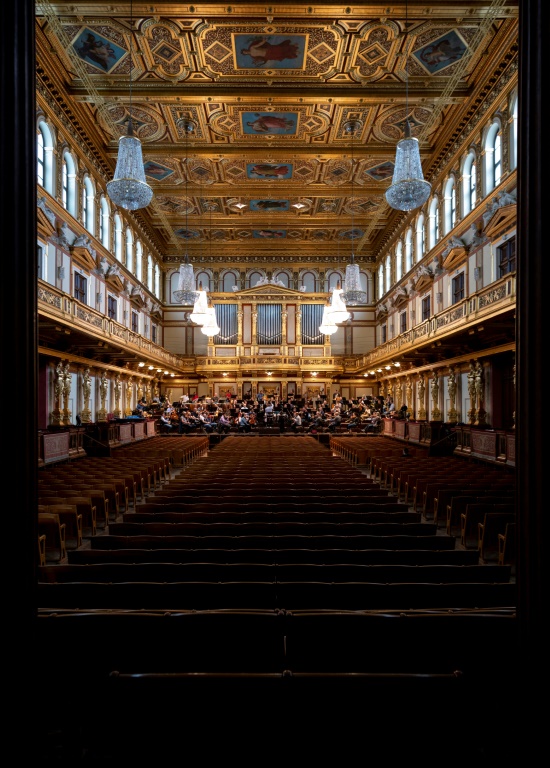 Vienna's iconic Musikverein is considered one of the finest concert halls in the world.

Many musicians found some respite in such online performances, whether they were professionally produced or organised ad hoc by musicians themselves and broadcast on social media.

But even Froschauer, 55, admits that those virtual concerts were "always a little bit unsatisfactory".

"When you play for an audience, the feedback from the audience, that's something you cannot underestimate," he adds - an experience he rediscovered earlier this month playing at Milan's La Scala.

Before the pandemic, Vienna - one of the world's foremost centres of classical music - played host to some 15,000 concerts a year.

Delage, the agent, has already attended the Vienna State Opera's re-opening before heading to southern Austria for a performance of Rossini's Barber of Seville.

The 52-year-old explains that singers on the classical music scene "have to find sensations that have been lost for a year" in order "to launch themselves back into three-dimensional performances".

Some of them have found that the pandemic has left them with "laxer muscles and nerves" while others have "lost their bearings - it's very destabilising".

"The anticipation is like the first day of school," says tenor Michael Schade. "It's a whole mixed bag of emotions."

On his way to his first in-person concert for a year, alongside the excitement he admits he has some trepidation about the future.

"We are like coma patients that have just woken up, and nobody knows how much damage was done," he says, adding he fears "terrible" that long-term damage may have been done to the music sector.

While it may be feasible for big, prestigious institutions to simply "press the button" and start up again, he points out this will be much more difficult for smaller organisations and events. 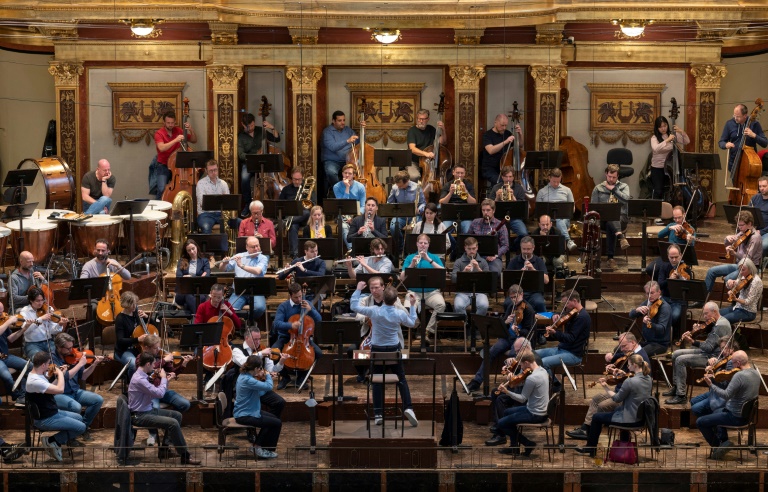 The concerts in Vienna will be the first for the orchestra since it went on a tour to Japan last November.

Opera director Benjamin Prins has been especially hard hit by the past year, calling it a "financial disaster".

"If I'm still going, it's thanks to making savings," he adds - not that this has spared him the devastating psychological effects of the pandemic.

"I have three or four pieces which have stayed in my head. I'm at bursting point," he says.

Prins fears that over the long-term, the after-effects of coronavirus may spell the end for "immense, cosmopolitan" productions which are the lifeblood of the opera industry.