Football for the blind in Malawi 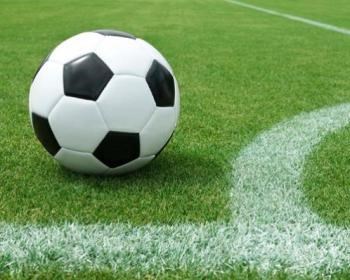 In conjunction with Dr Andrew and Sally Feyi-Waboso of Sight 2020 – a charity for visually impaired - they held a football camp for the blind.
INTERNATIONAL NEWS - Malawi have never been to the World Cup, have been to Afcon only twice, and on paper their greatest accomplishment in the sport was winning a bronze medal at the 1987 All Africa games.
The Flames have also won Africa’s oldest tournament, the CECAFA Cup three times, while being runners up three times as well. So to say the country is football crazy is an understatement.
Sadly Malawi is also the poorest country in the world per capita ,where the majority of the population are trapped in cycles of poverty and where less than 12% of children finish secondary school and over 10% of the population live with HIV. So understandably football development often takes a back seat to more pressing matters.

Enter Chigoli ( it means Goal in the main traditional language Chichewa ) which since its formation in 2013 by George Maguire and Alex Scott, has been identifying talented young boys and girls between the ages of 9 and 14 and works with them in a holistic, player centred environment through which role models for future generations are created.
As per its website it operates a vibrant community programme supporting disadvantaged groups in Malawi through football tournaments including up to 2,500 street children, including the blind, albinos and refugees.
A couple of weeks ago it accomplished something even more amazing in Blantyre as Malawi celebrated a new kind of football. In conjunction with Dr Andrew and Sally Feyi-Waboso of Sight 2020 – a charity for visually impaired - they held a football camp for the blind.
Aided by the Royal National College for the Blind in Hereford, the Feyi-Wabosos’ brought with them specialist equipment, information material, goals, bibs, cones and tops and soon had the camp bubbling with both laughter and squeals of excitement and joy.
Read more on SuperSport.

Read more about: Football for the blind in Malawi