In a statement on Tuesday, the EFF welcomed a decision by government to keep people in quarantine instead of trusting them to self-quarantine at home.

POLITICAL NEWS - They called the move “long overdue” and said that it had been “useless” to ask people to self-quarantine after testing positive for Covid-19.

Party spokesperson Vuyani Pambo said they had been calling for the state to take the lead on quarantining people at the point the country only had 54 cases. The disease had now infected at least 11,350 people and killed 206.

At one stage the party had even suggested sending people with the virus to Robben Island.

They said it was unacceptable that the rate of spread appeared not to have been curbed despite weeks of lockdown. They accused those calling for the easing of the lockdown of being in the grips of an “infantile obsession”.

You can read their statement below: 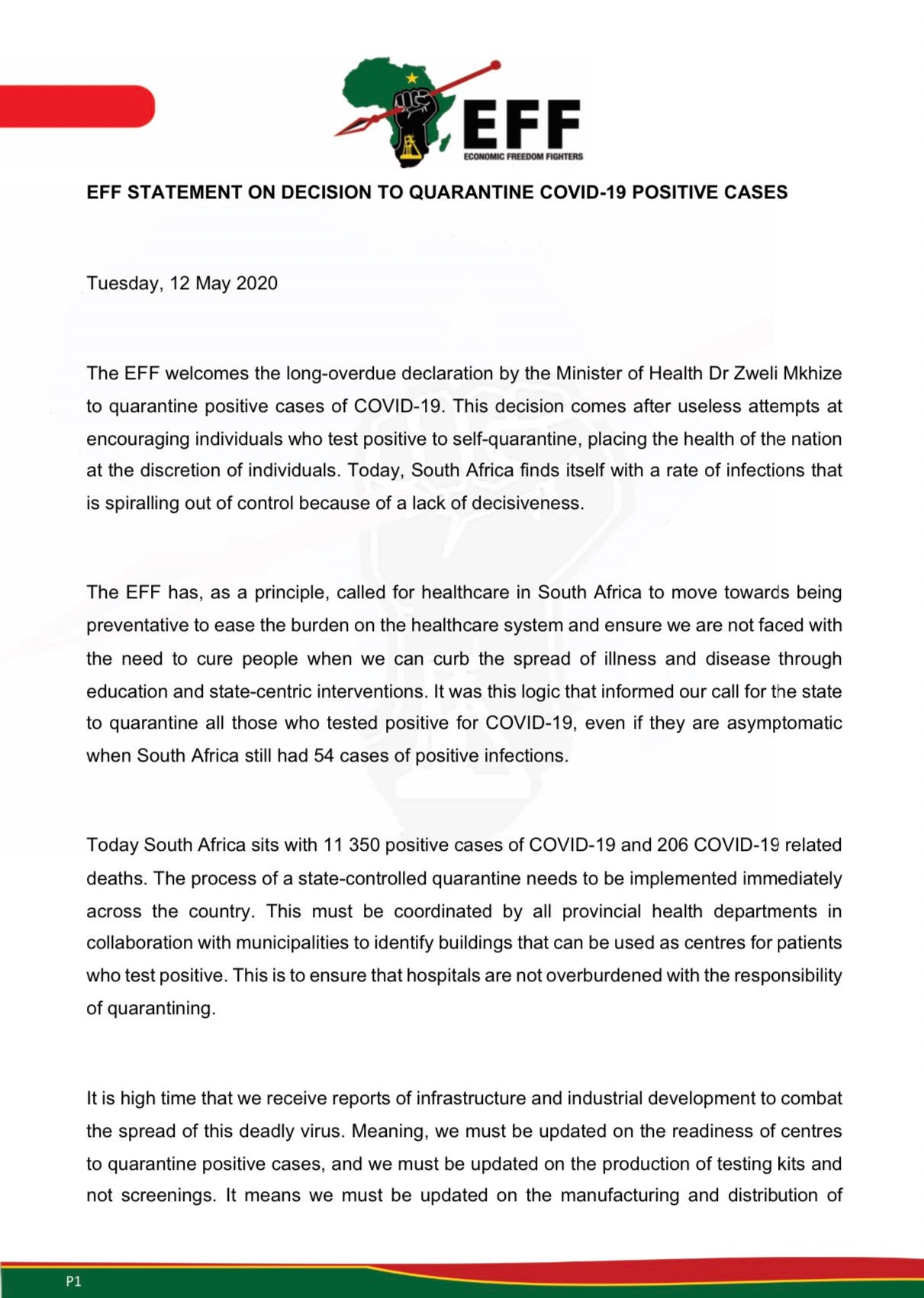 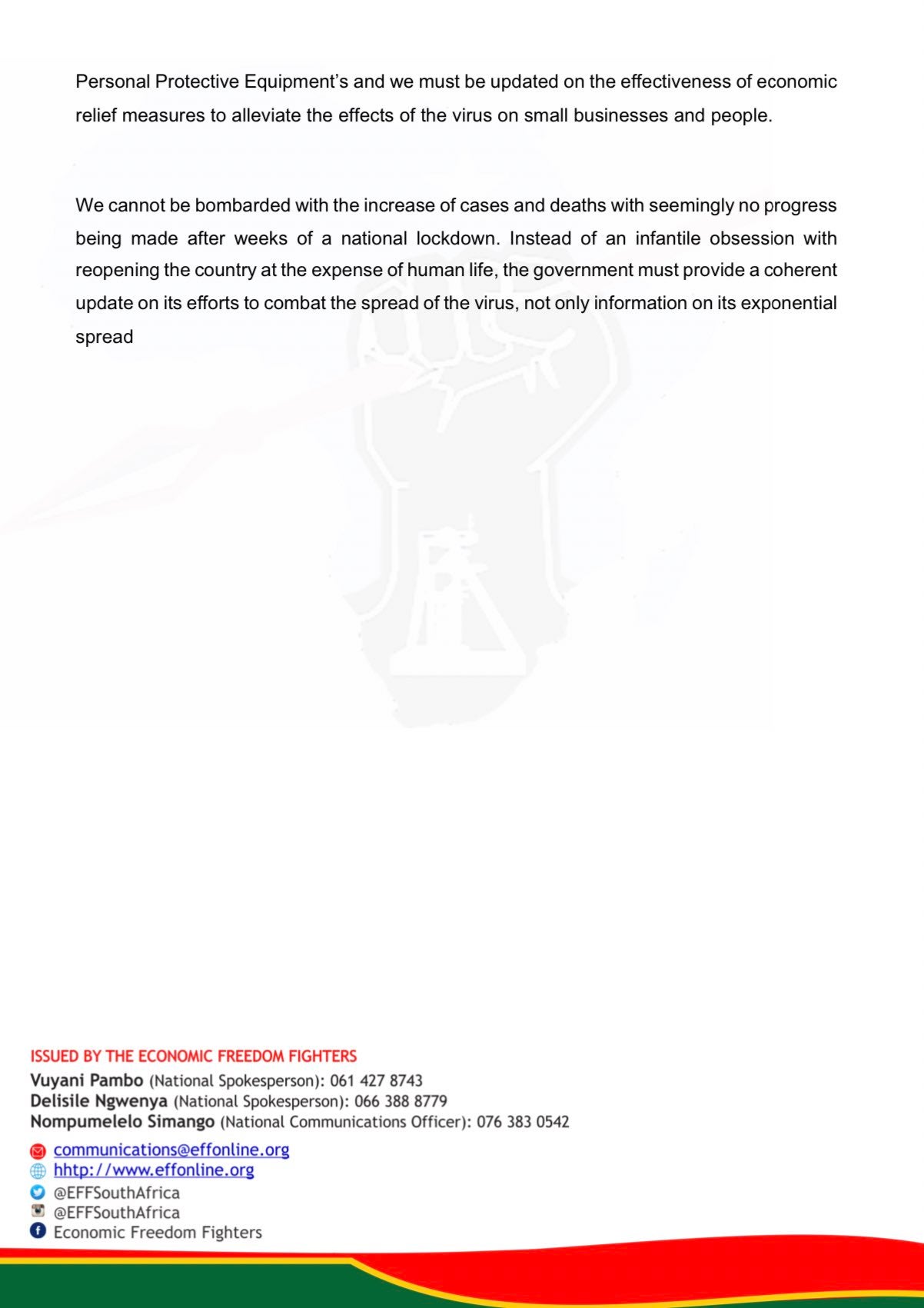