The couple says they will be taking legal action against Ndara and Mphuthi. 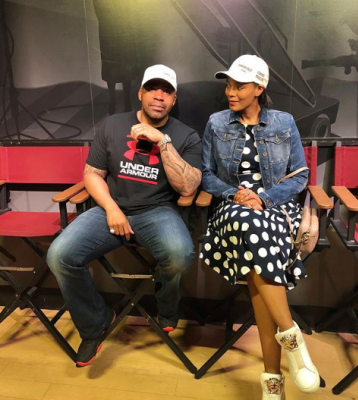 NATIONAL NEWS - The Fergusons have finally broken their silence in an open letter written by Vatiswa Ndara and sent to Arts and Culture Minister Nathi Mthethwa on Monday.

In the letter, Ndara quoted an email from Ferguson Films in which she was offered a contract of R110,000 before tax for a five-week shoot.

The contract included unlimited calls, having access to her talent on a first-call basis and an additional week for wardrobe fittings and makeup tests, at no additional costs.

Part of her letter reads: “Minister, this is the only remuneration (R82,500 after-tax) that I will receive after five weeks. My understanding is that both the channel and the production house, on the other hand, will continue to reap the financial benefits through repeat broadcasts, licensing deals and repackaging of the show – they will continue raking in insurmountable figures, long after I have been paid and while I am not even guaranteed a job after that five weeks.

“Perhaps I lack the financial savvy to manage this R82,500 over the next two/three years of possible unemployment.

“Some of the issues actors face include, but are not limited to, being questioned and/or allowed time off for funerals, legitimate and verifiable illnesses or to attend emergency family/children’s obligations.

“Minister, I buried my mom on Saturday, the 22nd of June 2019. On Tuesday, 25 June, I was back labouring onset to assist the production to meet its extremely tight deadlines.

“The funny thing is, Minister, these producers tell us there is no budget for the production. Yet the same producers will unashamedly display on social media and on set to cast and crew, their exorbitant material acquisitions, whether it be exotic holidays, big German machines, multimillion-rand homes and aesthetic beauty treatments and enhancements.”

The Fergusons have now addressed the allegations in the letter and said they would be taking legal action against her and Keke Mphuthi, who also made allegations on social media.

Though the Fergusons said they supported the need for the industry to be regulated and the Performance Protection Amendment Bill to be signed, they said the allegations made by Ndara and other actors painted a false picture.

They say they attempted to negotiate with Ndara and her agent “in good faith”.

“The agent subsequently recused himself from the negotiations. Thereafter we dealt with her manager. They made it very clear that Ms Ndara would not accept anything less than R700,000 for the 5-week shoot. She had every right to decline our offer, which she did, and we on the other hand, as we could not meet her financial demand, due to contractual restraints, had every right to move on amicably, which we tried to do.”

The Fergusons said they “did not reap the financial benefits through broadcasts, licensing deals and repackaging of the show”.

“We are pretty much in the same boat as the artist. We do not own the shows we produce under commission,” they said.

On their lavish lifestyle, the Fergusons said they did not owe anyone an explanation as to how they managed their finances and lifestyle, adding they had other business interests apart from their production company.

“The jab from Ms Ndara is petty, unnecessary, and uncalled for.”