Hundreds of thousands of girls across Asia are being forced into marriage by desperate families plunged into poverty because of the coronavirus pandemic in 2020, as campaigners warn years of progress tackling the practice is being undone.

INTERNATIONAL NEWS - Tens of thousands of girls across Asia are being forced into marriage by desperate families plunged into poverty because of the coronavirus pandemic, as campaigners warn years of progress tackling the practice is being undone.

Child marriage has long been common in traditional communities from the Indonesian archipelago to India, Pakistan and Vietnam, but numbers had been decreasing as charities made inroads by encouraging access to education and women's health services.

These improvements are being eroded as the impact of the virus causes mass job losses leaving parents struggling to feed their families, experts say.

"All of the gains we've made in the past decade are really going to suffer," explains Shipra Jha, head of Asia engagement, at NGO Girls Not Brides.

"Child marriage is firmly rooted in gender inequality and patriarchal structures. What's happened is that it's become compounded in the Covid era," she adds.

Poverty, lack of education, and insecurity, drive child marriage even in stable times, so periods of crises exacerbate the problem, the charity says.

Worldwide, an estimated 12 million girls are wed every year before the age of 18, according to the UN.

But the organisation has now warned that unless urgent action is taken to tackle the economic and social impact of the virus - an additional 13 million child marriages will take place in the next decade.

In Asia, charities report the snowball of forced unions has already begun, estimating tens of thousands are already affected - though hard data is yet to be collated.

"There has been an increase in child marriages during this lockdown period. There is rampant unemployment, job loss. Families are barely able to make ends meet, so they think it's best to get their young daughters married off," says Rolee Singh who runs India's "1 Step 2 Stop Child Marriage" campaign. 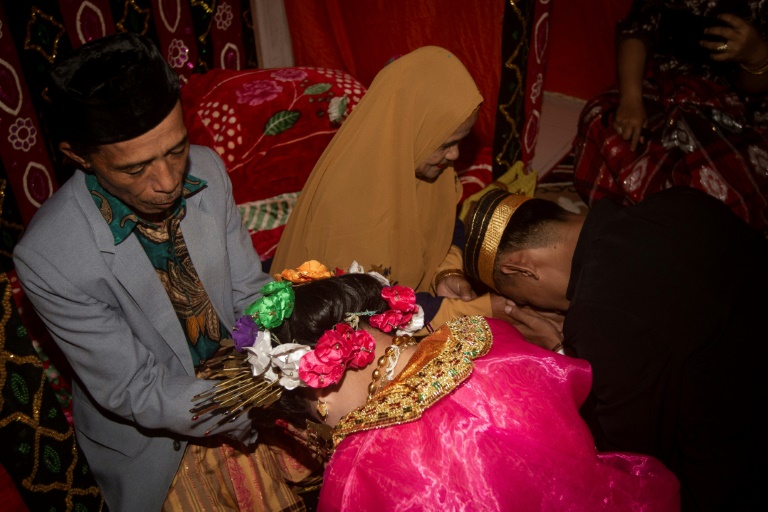 Child marriage has long been common in traditional communities from the Indonesian archipelago to India, Pakistan and Vietnam, but numbers had been decreasing as charities made inroads by encouraging access to education and women's health services.

'COVID generation'
Fifteen-year-old Muskaan says she is being forced to marry the 21-year-old boy next door by her mother and father, who are street cleaners in the Indian city of Varanasi and have six other children to feed.

"My parents are poor, what else could they have done? I fought as much as I could but eventually had to give in," the teenager explains in tears.

Save the Children has already warned that violence against girls and the risk of forced unions, particularly among minors, "could become more of a threat than the virus itself".

And while education has been hailed as the central tenet in the battle against child marriage, activists warn that with lockdowns forcing hundreds of millions out of school, girls in the poorest parts of the world will be worst affected. 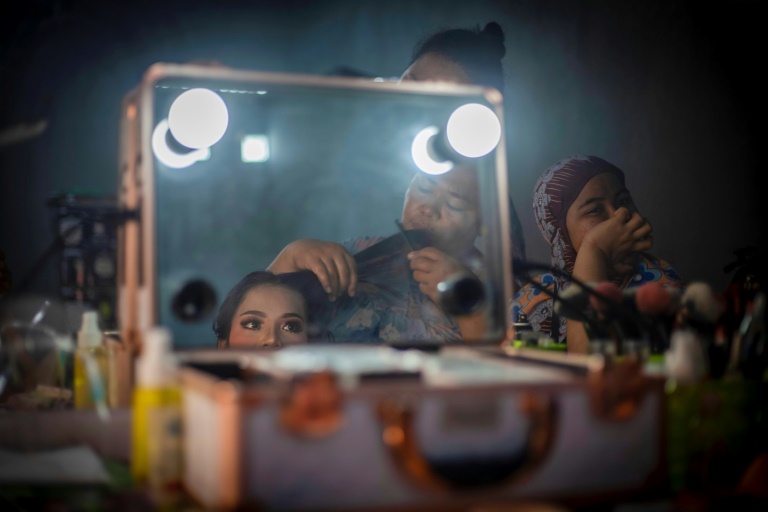 Poverty, lack of education, and insecurity, drive child marriage even in stable times, so periods of crises exacerbate the problem, charities say.

Earlier this month, 275 former global leaders, education experts, and economists urged governments and organisations such as the World Bank to ensure the fallout from the coronavirus does not create a "COVID generation... robbed of their education and a fair chance in life."

"Many of these children are adolescent girls for whom being in school is the best defence against forced marriage and the best hope for a life of expanded opportunity," said an open letter signed by dignitaries including Ban Ki-Moon, previously UN Secretary General, UNICEF's Carol Bellamy, and former prime ministers such as Pakistan's Shaukat Aziz, and the UK's Gordon Brown and Tony Blair.

In India, activists say there's been a surge in forced unions because families see the practice as a solution to financial woes caused by Covid-19, without realising the repercussions for young women.

"We have also seen children get married because the other party offers money or some kind of assistance in return. These families don't understand the concept of trafficking - it’s a worrisome trend," says activist Singh.

Jha, who is based in Delhi, agrees the economic pressure is part of the problem but insists child marriage is complex, particularly in Asia where there are fears that lockdown school closures mean idle teenagers will turn to each other and damage family reputations.

"The biggest fear that families have is that (teen girls) may become close to a boy, start exploring their sexuality, or become pregnant. Honour is closely linked to this situation...That's a huge thing," she adds. 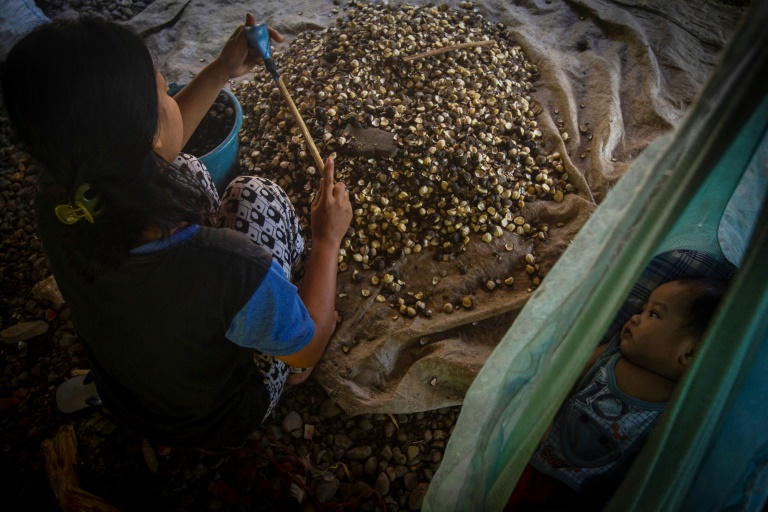 Worldwide, an estimated 12 million girls are wed every year before the age of 18, according to the UN.

She adds the problem has been aggravated as governments shift resources from key development areas such as education, family planning and reproductive health to battle the virus.

Indonesia's family planning agency has warned the nation, already home to 270 million people, could see a huge baby boom early next year due to school closures and dwindling access to contraception.

At 18, Lia is still underage but has already been married twice. Her first union was forced on her after she was seen alone with the man who was not a relative - taboo in the conservative region of West Sulawesi in Indonesia where she lives.

The community insisted she wed the man despite a three-decade age gap.

She escaped that unhappy situation and found new love, but her dreams of a high-flying career have been put on hold once more.

With little access to family planning advice, she became pregnant during lockdown. Her family insisted she marry the 21-year-old father.

"I used to dream of becoming a flight attendant," recalls the teen, who asked that her real name not be used.

"But she failed and ended up in the kitchen," interrupts her new husband Randi, who has not declared their nuptials to authorities.

Indonesia, which has one of the highest rates of child marriage in the world according to UNICEF, last year raised the legal age for wedlock from 16 to 19 for both sexes in a bid to tackle the problem.

But there are loopholes - local religious courts can approve such unions.

Indonesia's Islamic authorities officially permitted more than 33,000 child marriages between January and June of this year, compared to a total of 22,000 for the whole of 2019, according to the Women's Empowerment and Child Protection ministry. 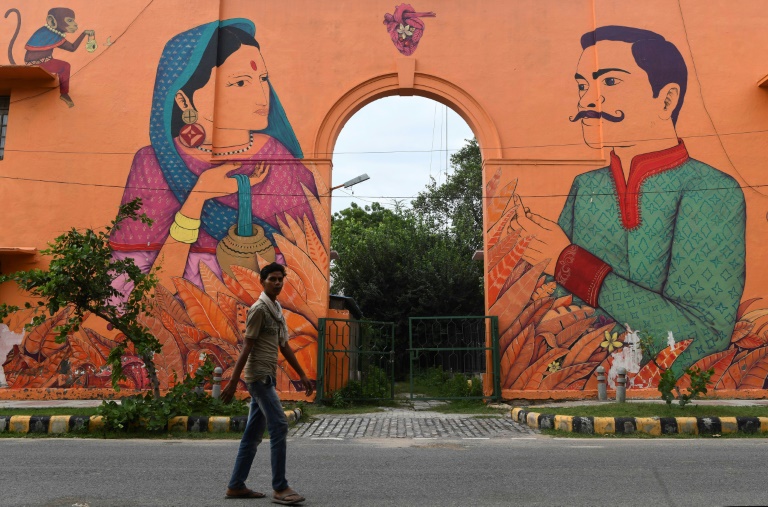 Indian leader Narendra Modi has also said the country will raise its marriage age - up from 18 to 21, but Girls, Not Brides says such moves are tough to enforce and do not address the root causes.

In Vietnam, the legal age to wed is 18, but UNICEF says one in ten girls are married before. Amongst ethnic groups the figure is almost double that.

Local charity Blue Dragon say they have seen girls as young as 14 get married and child unions increase since schools closed due to the pandemic.

May, 15, who is from the northern Hmong hill tribes, married her 25-year-old construction worker boyfriend in June after getting pregnant as the virus swept the country.

Her parents could not afford to keep her and the baby, so she moved six hours away to her husband's family farm.

"They're farmers and they could not earn enough for us," she explains.

Now, instead of homework, she does housework and helps harvest the crops.

"I don't think much about my future," she admits.

It states: "Empowered and educated girls are better able to nourish and care for their children, leading to healthier, smaller families. When girls are allowed to be girls, everybody wins."