In Nepal, 'The Vagina Monologues' takes on #MeToo

The play 'Private is Political -- Vagina Monologues 4.0' gives life to real stories about harassment in Nepal.

ENTERTAINMENT NEWS - A young actress bathed in the spotlight pleads "leave me, I will go home... please!" in her role as a 13-year-old girl brutally raped and killed in Nepal last year, in an adaptation of the renowned play The Vagina Monologues.

In the wake of the #MeToo movement, the Nepali rendition "Private is Political - Vagina Monologues 4.0" gives life to real stories about harassment in the South Asian nation.

"We hope that these conversations can be open and not these hush-hush things, and we collectively work towards finding a solution and finding a space for healing," director Akanchha Karki told AFP.

The original award-winning play by American author Eve Ensler premiered in New York in 1996 and celebrated female sexuality and empowerment, but also tackled issues of rape, abuse, and misogyny. Varying iterations of it have since been performed around the world. 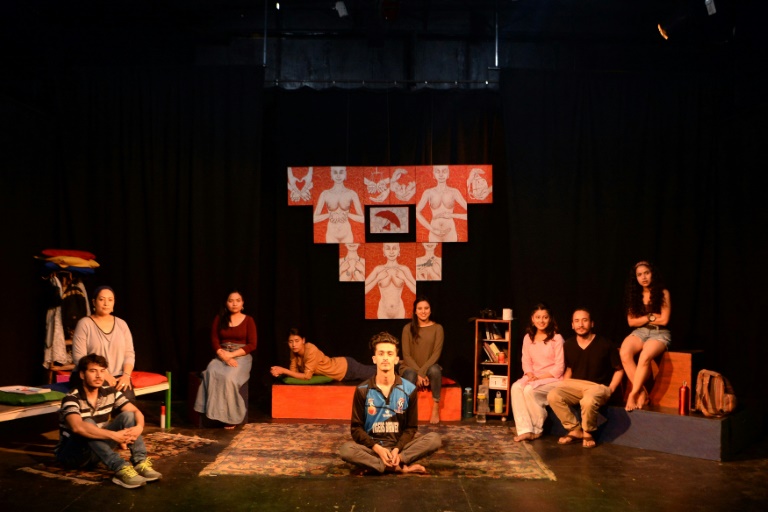 A new Nepali adaptation of 'The Vagina Monologues' aims to tackle the social constraints and internal conflicts that make it difficult for women to speak out on such topics in the conservative and patriarchal nation.

This latest production from Nepali theatre collective Katha Ghera departs from the original by using backstage conversations of the cast as they rehearse a performance as a way to tell stories of sexual abuse.

It aims tackle the social constraints and internal conflicts that make it difficult for women to speak out on such topics in the conservative and patriarchal nation.

Karki says she wanted to bring the personal stories of abuse and harassment actors spoke of in closed rooms to the stage.

"The stories that we talked about in these workshops- of abuse- of personal stories, of personal experiences that had more value than the original text that we were showcasing, in the context of Nepal specifically," Karki said.

In one scene, an actress tells of a senior colleague who constantly calls her for no reason, prompting her friends to ask her why she does not just ignore or stop working with him. 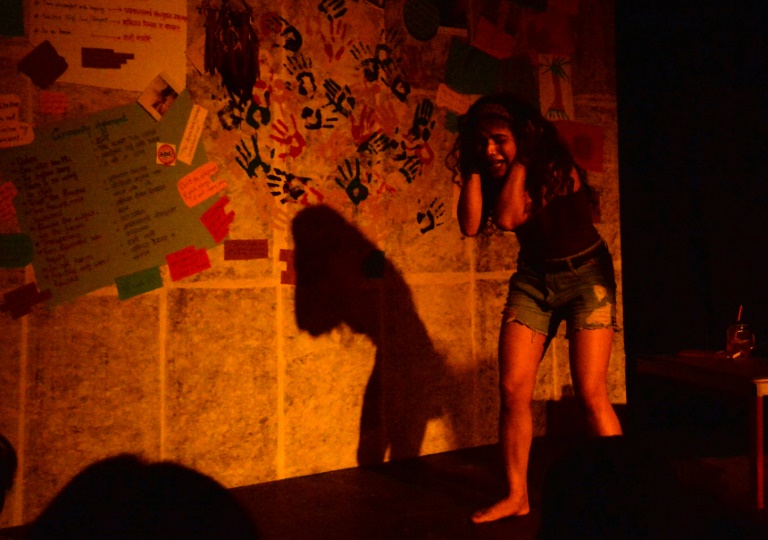 In this adaptation of The Vagina Monologues, Nepali characters narrate experiences of harassment involving relatives, teachers and co-workers -- reducing the audience to tears on many occasions.

"But I will have to work with him later. It is such a small community and everyone knows everyone. It will be impossible to avoid him," she replies, highlighting a problem many women face in Nepal's male-dominated workplaces.

The characters narrate experiences of harassment involving relatives, teachers and co-workers - reducing the audience to tears on many occasions.

"It really touched me... the fact that we are now discussing issues of violence against women means that we are moving forward positively," says Romash Khatiwada, a student who watched the play.

"Otherwise in our society it is difficult to even have these conversations," she adds.

Another skit brings men into the usually all-female cast of Vagina Monologues: one man insists girls only say no out of shyness, while his friend reasons that consent cannot be assumed. 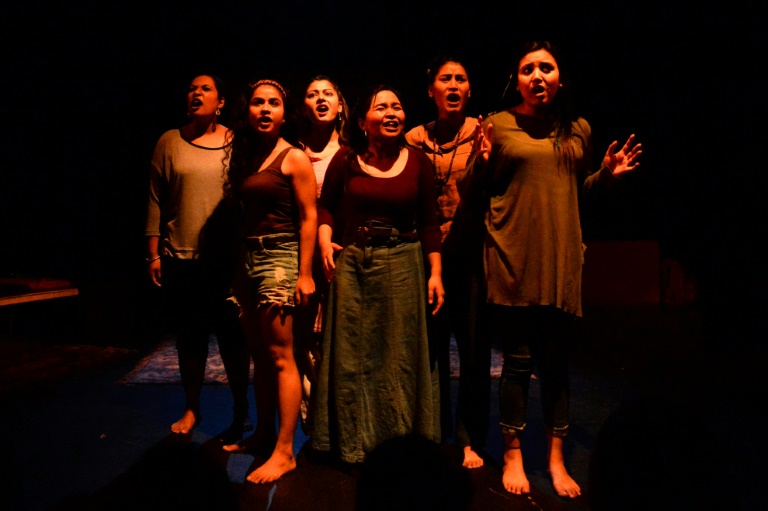 Unlike in the United States or neighbouring India where the sexual misconduct of powerful men has been exposed, the #MeToo movement has not gathered momentum in Nepal.

After full-house shows Kathmandu and Pokhara, the group is crowd-funding to take the tour to other cities in the country.

Unlike in the United States or neighbouring India where the sexual misconduct of powerful men has been exposed, the #MeToo movement has not gathered momentum in Nepal.

Only a handful of women have spoken out and those accused have faced little or no repercussions over the allegations.

In February, dozens of former students recounted harrowing details of abuse by three teachers at a school when they were in primary school.

Despite the outrage that followed, the men were cleared by a public committee citing lack of evidence.

Another account by university student Manisha Lamsal and Nisha Shah, which is featured in the play, tells of a now retired professor who alleged sexually harassed his charges, even sticking his tongue into the ears of one of them.

Lamsal said the lack of consequences for the accused was extremely discouraging and a reason why #MeToo failed to gain traction in Nepal. 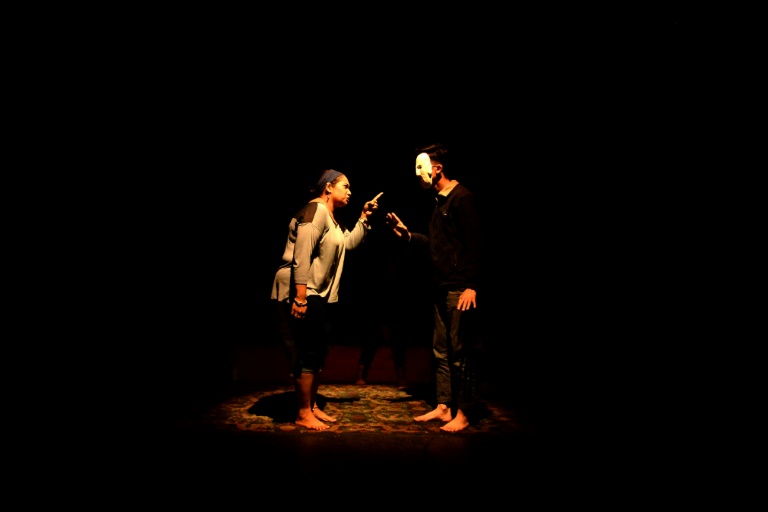 Only a handful of women have spoken out about harassment in Nepal and those accused have faced little or no repercussions over the allegations.

"Unless they face some kind of action it does not create a space or environment for others to come forward and speak. The hope of any form of justice is gone," she explains.

Rehearsals for the play took on more resonance when prominent theatre industry figures faced #MeToo accusations, with female actors recounting incidents of inappropriate touching on the pretext of play rehearsals.

In a rare instance for Nepal, theatre groups took a stance against the accused and mediation sessions were held in the same venue that showed the play.

But the play has also been slammed for being "too strong" or "anti-men" by some in the Nepali theatre circles.

She says: "In a way, we've won our game because people are listening to it, people are observing and reacting to it."