All at stake as New Hampshire votes in consequential Democratic primary

Democratic presidential hopeful Senator Bernie Sanders addresses a rally of 7,500 people -- the largest New Hampshire rally of the 2020 election cycle -- at the University of New Hampshire in Durham.

INTERNATIONAL POLITICAL NEWS - US Democrats braced for a volatile, consequential primary on Tuesday in New Hampshire as leftist Bernie Sanders and youthful challenger Pete Buttigieg fight for pole position in the race for who faces Donald Trump in November's presidential election.

Tensions have risen steadily as Granite Staters, notoriously independent-minded and astute voters, prepared to troop to polls across this northeastern battleground that has just 1.3 million people but plays a hugely influential role in the American political landscape.

New Hampshire hosts the nation's first primary, eight days after Iowa kicked off the nomination process, and it could narrow the Democratic field of 11 current candidates.

White House hopefuls have been courting votes in the state's small cities, rolling farm country, lake-side towns and snow-covered mountain hamlets, seeking a spark that could ignite a presidential run that carries them to the Democratic nomination.

Tiny Dixville Notch - population five - traditionally votes at one minute after midnight to start the primary.

Will it be the "political revolution" espoused by Sanders, a self-declared democratic socialist who on Monday night hosted the largest New Hampshire rally of this election cycle? Or the more moderate tack espoused by Buttigieg, a 38-year-old former mayor of South Bend, Indiana, and former vice president Joe Biden?

Complicating Tuesday's vote, independents - who outnumber both Democrats and Republicans in the state - are allowed to vote in either primary, meaning they could tip the scales in a tight race. 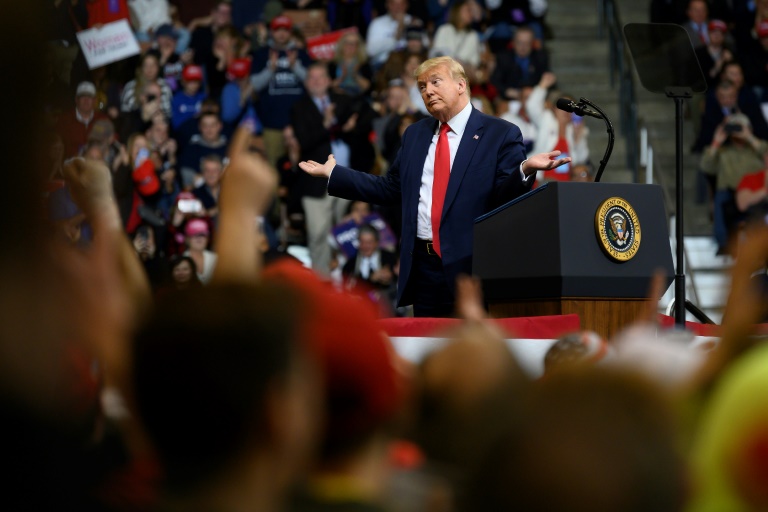 US President Donald Trump jetted in to New Hampshire, aiming to steal the Democrats' limelight with a large rally.

Looming over the primary, Trump himself jetted in to New Hampshire Monday night aiming to steal the limelight with a large Manchester rally.

The remark appeared aimed at Sanders, who was buoyed by a strong showing in last week's Iowa contest and a poll that had him claiming national frontrunner status for the first time.

The survey also showed billionaire Michael Bloomberg - who is skipping Tuesday's contest - vaulting into third place behind a struggling Biden.

Firing up his supporters with promises to slash inequalities and overhaul the US healthcare system, the 78-year-old Sanders - who represents neighboring Vermont in the Senate - maintained a healthy lead in New Hampshire, where he won the primary by a landslide in 2016.

"Tomorrow is an historically important day," Sanders told a mega rally in Durham, where 7,500 people packed into the university arena.

"We don't really have much of a left-wing politics in this country. Bernie's kind of revitalized that," Alex Pomerantz, 29, a data manager from New York who came to New Hampshire to canvass for Bernie, told AFP.

"The young people are blown away by the movement that he's started."

The RealClearPolitics polling average showed Sanders at 28.8 percent in New Hampshire, tailed on 22.3 percent by his moderate rival Buttigieg, who was proclaimed winner in Iowa in a boost to his presidential bid.

A late surge also lifted the fortunes of Amy Klobuchar, with two new polls showing the senator from Minnesota jumping past heavyweights Biden and Elizabeth Warren to notch 14 percent support. 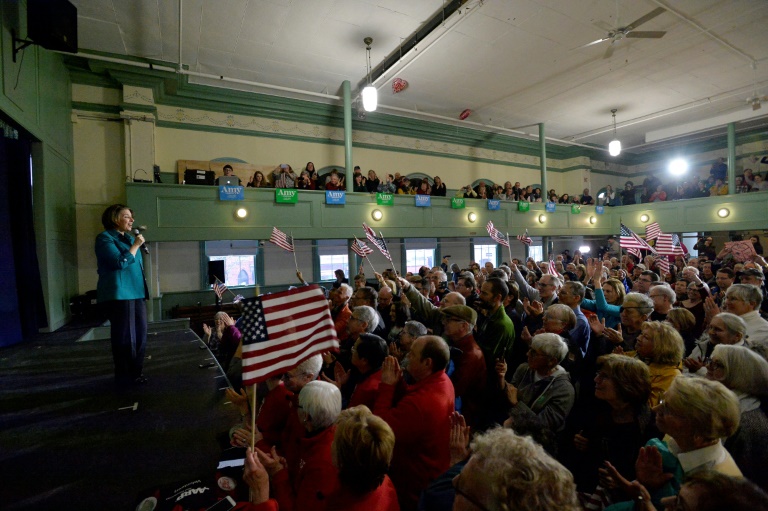 A late surge has lifted the fortunes of US Presidential Candidate Senator Amy Klobuchar (D-MN), with two new polls showing her jumping past heavyweights Joe Biden and Elizabeth Warren.

In what it called a "dramatic shift," a new Quinnipiac University poll showed Sanders for the first time overtaking Biden in the national nomination race, attracting 25 percent support against 17 percent for Biden - who has been shaken by a fourth-place finish in Iowa.

The poll also showed Bloomberg surging to 15 percent support, suggesting an upset could be in store when the former mayor of New York - who is skipping the first four nominating contests - throws himself fully into the race.

Bloomberg is focusing on Super Tuesday on March 3, when 14 states vote - having spent a record $260 million of his personal fortune on his campaign, to the anger of Sanders who accuses him of trying to "buy the election." 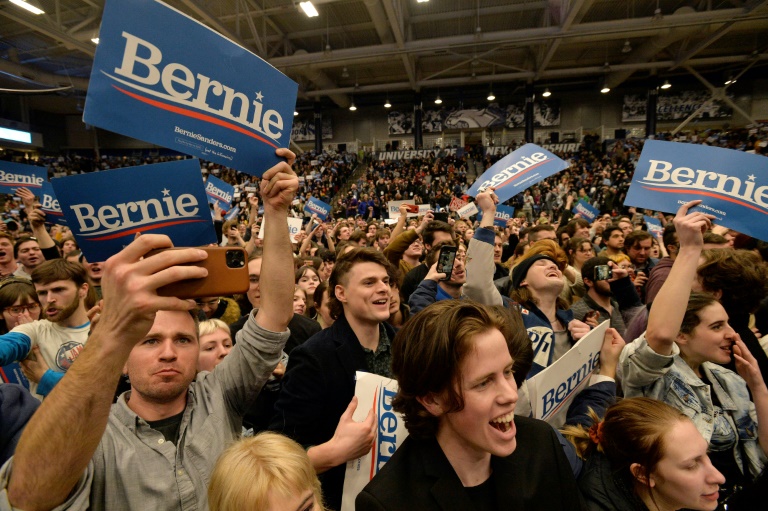 Supporters of Democratic presidential hopeful Senator Bernie Sanders attend a rally at the University of New Hampshire in Durham.

In a sign of the high stakes, the Democratic race has taken a bad-tempered turn in recent days with Sanders and Buttigieg trading barbs, and Biden and Klobuchar sharpening their attacks on both frontrunners.

Sanders - whose campaign, based heavily on small donors, says it raised $25 million last month - has branded Buttigieg the candidate of Wall Street.

"Unlike other campaigns, we don't have billionaires giving huge amounts of money," he said Sunday.

Buttigieg pushed right back, quipping, "Well, Bernie's pretty rich, and I would happily accept a contribution from him."

As Buttigieg has risen from practical anonymity, he has also faced intensifying criticism for his lack of national experience and supposed difficulty connecting with black voters, a key demographic.