Zuma supporters plan march to ConCourt ahead of contempt hearing

The state capture commission seeks to have the former president jailed for two years if he is found guilty of contempt of court.

NATIONAL NEWS - The Constitutional Court (ConCourt) will on Thursday, 25 March hear an application for former president Jacob Zuma to be jailed for two years if he is found guilty of contempt of court.

Zuma was given until 8 March to file his replying affidavit. He has however made no submissions to the court.

The hearing will also see Zuma’s defenders march to express their support for the former president and his decision to ignore a ConCourt order.

The ConCourt has heard contempt cases before. However, this appears to be the first on record in which an individual has defied an order it has handed down. 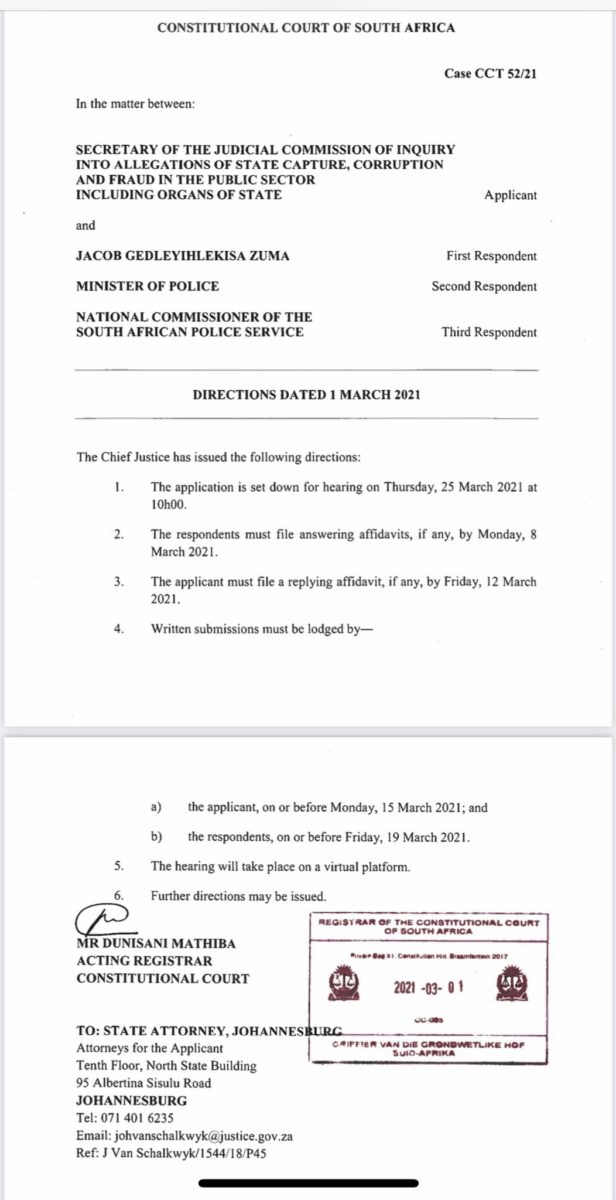 Last month, the Commission of Inquiry into Allegations of State Capture chairperson Deputy Chief Justice Raymond Zondo asked the ConCourt to confirm Zuma’s refusal to honour a summons for him to appear before the commission after he failed to abide by the court’s order.

This was after the ConCourt ruled in January that Zuma should appear before the commission and answer questions put to him, but he has vowed not to do so.

The former president has previously said that he doesn’t fear being arrested.