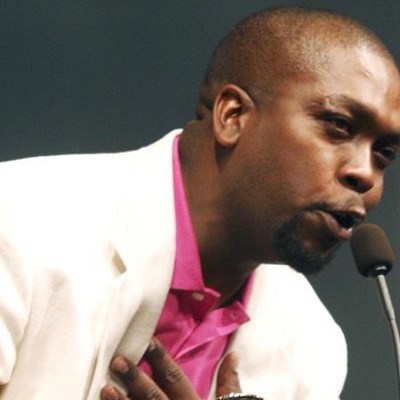 Nkululeko Habedi
NATIONAL NEWS - Tributes poured in on social media for South African musician Nkululeko Habedi, known as Flabba, on Monday, after he was stabbed to death.

On Twitter, the hashtag #RIPFlabba was trending by 10am.

Many users on social media only tweeted the hashtag and others referred to Habedi as an "SA Rap legend" and "one of South Africa's great rappers".

Gauteng police on Monday said a "well-known South African musician" was stabbed to death, allegedly by his girlfriend.

"At this stage we can confirm that a well-known musician was allegedly stabbed to death," spokeswoman Lt-Col Katlego Mogale said.

"His girlfriend is in custody and she is expected to appear in court soon."

Mogale could not confirm his identity.

However, on social media the SA Police Service tweeted that Habedi was stabbed to death.

"#sapsGP Nkululeko Habedi, aka FLABBA, was stabbed & passed away; a woman is in custody," SAPS tweeted.

Tributes and condolences to the musician's family and friends were posted online.

A user tweeted: "Just heard the news, another legend leaves us, may your soul rest in peace #Flabba condolences to the family #RIPFlabba."

"#RIPFlabba thank you for your contribution to the growth of the Hip Hop culture in S.A." a user tweeted.

Another tweeted: "#RIPFlabba SA hip-hop will not be the same without the Man of the Match; The Superhero!"

Other people said Habedi's run was "short but memorable". One user tweeted: "Saddened by da lose of one of SA's phenomenal rapper @keFlabba #RIPFLABBA".

The 38-year-old musician was part of rap group Skwatta Kamp, which formed in 1997.

The group of seven released their debut album "Skwatta Kampain" in 2001 and have received multiple awards and nominations. He released his solo album "Nkuli vs. Flabba" in 2006.

The Southern African Music Rights Organisation tweeted: "We join the rest of the country in mourning the death of acclaimed SA rapper and @Skwatta_Kamp member #flabba #RIP @siphodiam @Wawlife".

Many fans tweeted and posted lyrics of his songs on various social media networks.

SABC TV show The Link tweeted: "We would like to pass our deepest condolences to the family & loved ones of Nkululeko "Flabba" Habedi. #RIPFLABBA".

DJ Milkshake tweeted: "#RIPFlabba One of the best to ever do it".

DJ Fresh posted a picture of Habedi on Facebook with the caption ":-( Rest In Peace #Flabba!!!".

Others tweeted angrily that the death penalty should be brought back.