“As soon as the vetting of applications is complete, the payments will start rolling out at a faster pace.”

NATIONAL NEWS - The South African Social Security Agency (Sassa) has apologised for the delay in making the R350 social relief grant payments to beneficiaries during the Covid-19 lockdown.

Millions of unemployed people are waiting for this grant.

Sassa’s chief executive officer Totsie Memela said, “We received just under five million applications for this new grant, and we had to compare information provided by applicants with other government and private databases to ensure that people with an income and recipients of other social grants are not included in these applications.

“In addition, we had to remove duplicated and incomplete applications which accounted for nearly 50 per cent of all applications received.

“So far, we have eliminated a number of undeserving applicants and this has saved the fiscus close to R14-million which could have skyrocketed to over R81-m by October.

“As soon as the vetting of applications is complete, the payments will start rolling out at a faster pace.”

Following the announcement that the country will be entering into level three from June 1, Sassa will be able to increase its human resource capacity so that payments can be made more speedily.

From the start of the lockdown the department operated with only a third of its staff.

Much ground has been covered preparing for the payment of the large number of Covid-19 social relief of distress grants.

Sassa started using WhatsApp for applications, but had to move to other platforms like the srd.sassa.gov.za website and Unstructured Supplementary Service Data (USSD).

This was after the WhatsApp system was flooded with unprecedented numbers of applications every hour, which it struggled to cope with.

The situation was also further challenged by applicants trying to upload supporting documents through the various platforms, despite this not being necessary.

These problems have been ironed out and the application process is now notably smoother.

After increasing the capacity of the application channels, Sassa moved swiftly to testing the payment side of its system.

A sample of 10 beneficiaries was used to test the efficiency of the payment mechanism and nine were successfully paid.

One applicant had captured his banking details incorrectly.

This has since been corrected.

This payment test should be seen for what it is.

Just under five million applications have been received and this figure includes duplications, incomplete and invalid applications.

Some applicants were sent messages to provide banking details and they are requested to respond as quickly as they can so they can be paid before month-end.

Applicants without bank accounts will be paid through money send using an automatic teller machine (ATM) of their choice.

Sassa was due to finalise contracting for this facility with the banks on May 25 so that such payments can be made this week.

Beneficiaries can also open accounts at their nearest post office.

The enormous task of ensuring that correct and deserving individuals are paid has started in earnest.

This process involved intense negotiations with institutions in the value chain and this, unfortunately, accounted for the delays that were encountered.

These delays proved to be worth it, given the number of applicants who could be excluded during the process as they are either in receipt of social grants or unemployment insurance fund (UIF) – two factors which expressly disqualify applicants from receiving this grant.

Citizens are reminded that no applications for the special Covid-19 relief grant will be taken at Sassa offices.

Only electronic applications will be accepted. 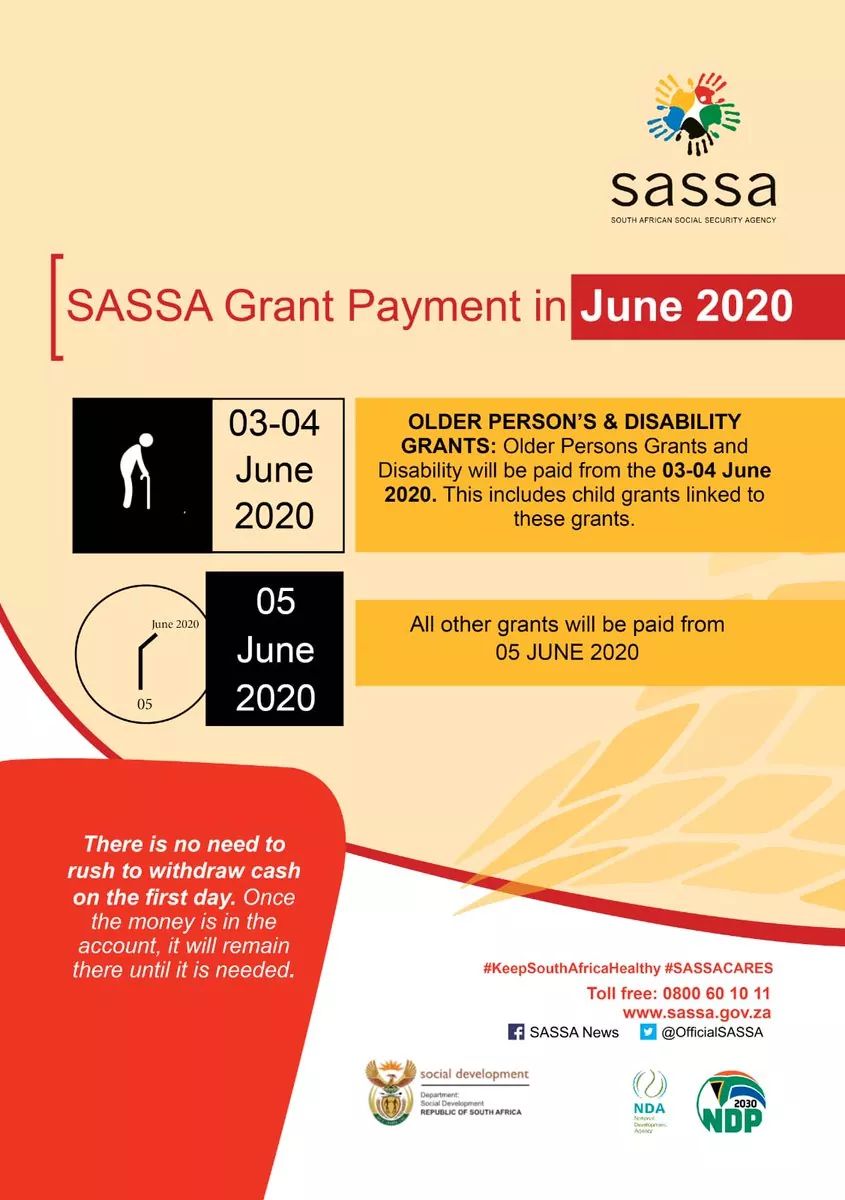