More than two million women a year have abortions in Pakistan.

LIFESTYLE NEWS - Pregnant, desperate, and poor, Pakistani mother Zameena faced a stark choice: risk her life by having a secret abortion, or risk her life bearing her husband a sixth child.

In the end, she opted for the former, one of more than two million women a year to do so in a country where religious leaders are critical of family planning measures and there is a lack of sex education and access to contraception.

Almost half of all pregnancies in Pakistan - around 4.2 million each year - are unplanned and around 54 percent of those end in termination, according to a report by US research firm Guttmacher Institute.

"Three years ago, when my daughter was born, the doctor told me that I should stop having babies because it would be bad for my health," said Zameena, using an assumed name, from her home in the northwest city of Peshawar.

"But whenever I say that to my husband, he tells me to trust God," the 35-year-old added. "My husband is a religious man... he wants to have a line of sons."

Decades ago, a family planning campaign with the slogan "do bache hi ache" or "two children is good" was rejected by religious leaders as well as nationalists who wanted a bigger population to rival the 1.2 billion people in neighbouring India.

Today with a population of around 207 million, Pakistan's baby boom is stretching resources beyond capacity and experts warn of trouble ahead.

Zameena said she frequently suggested to her husband that they practice family planning, but he refused.

"My mother-in-law had nine kids," said Zameena. "When I complain to my husband that I can't have more babies, he answers: 'If my mother didn't die, you should also stay alive'."

Abortion is allowed in Pakistan if the health of the mother is in danger. But many doctors invoke their Muslim faith and refuse to carry them out.

As a result, some women abort illegally and authorities largely turn a blind eye to the situation.

The preferred method is by ingesting Misoprostol, an over-the-counter drug used to treat ulcers, which causes the expulsion of the embryo. It can also cause serious complications for the mother.

NGO Aware Girls counsels those who call its hotline on how such drugs should be used safely and when to seek emergency or professional treatment at a clinic.

"Most of us know women who have died of an abortion," said Aware Girls co-founder Gulalai Ismail.

'Willing to do anything'
Zameena was one of the lucky ones - she knew where to go for help once she decided to terminate her latest pregnancy.

At the other end of the Aware Girls hotline, counsellor Ayeesha reassured and advised her on what medicines to take and in which dosage.

They insist that women must never be alone when they attempt such procedures.

"My work saves women's lives. When they call, they are willing to do anything to have an abortion," explained the 26-year-old.

Ayeesha estimated that she fields around 350 calls a month. Most women who contact the NGO know very little about contraception. Access to condoms, the most well known option, is limited and even when they can be bought, it requires the man to agree. 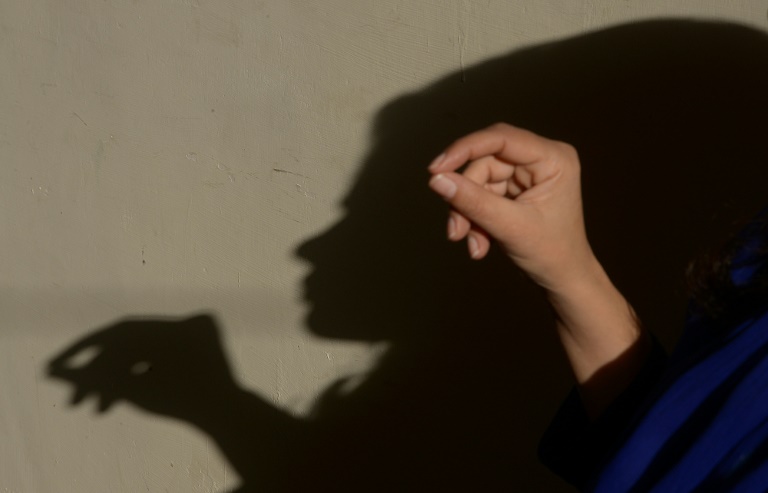 In Pakistan, religious leaders are critical of family planning measures and there is a lack of sex education and access to contraception.

According to official statistics, only around 35 percent of Pakistani women use any form of non-abortive birth control despite them being inexpensive.

But population control is a controversial issue in Pakistan, where large families are prized.

"Authorities have not been able to make this issue an emergency for Pakistan. It is all rhetoric and political gibberish," says Dr Haroon Ibrahim of the family planning NGO Greenstar,

Zeba Sathar, a demographer in charge of another NGO, the Population Council, branded the nation's negative attitude to contraception a "systemic failure".

Prime Minister Imran Khan in December acknowledged the lack of political will on the issue and promised pro-contraception campaigns using the media, cell phones, schools and mosques.

"The mullahs have a key role to play," he insisted.

But the Council of Pakistani Islamic Ideology, a religious body which advises the government, says otherwise, insisting that family planning is against Islam.

The charity Marie Stopes, whose clinics provide post-abortion care, has profiled a typical client in Pakistan: aged in her thirties, married at 18, she is poor, uneducated and already has three children.

Such women approach the agency when backstreet abortions go wrong.

"Women are just dying... for the lack of knowledge," said Xaher Gul, an executive at Marie Stopes.

In 2012, the year of their last study, the Guttmacher Institute estimated there were 2.25 million abortions in Pakistan with 623,000 women treated for post-abortion complications.

"We have failed women in this country," warned Hassan Mohtashami, former head of the United Nations Development Programme in Pakistan.

He added: "Abortion is not a family planning method."