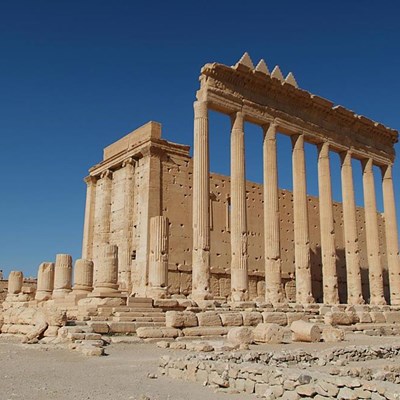 Temple of Bel, Palmyra
INTERNATIONAL NEWS - One of the most culturally significant pieces of architecture in the world has been destroyed, the United Nations said on Monday.

The U.N. training and research agency released satellite images and analysis that confirmed the Temple of Bel - which for nearly 2,000 years has been the center of religious life in Palmyra, Syria - was no longer standing, despite conflicting reports earlier in the day that it was not fully demolished.

UNOSAT Manager Einar Bjorgo said he could "confirm destruction of the main building of the Temple of Bel as well as a row of columns in its immediate vicinity."

Syria's antiquities chief, Maamoun Abdulkarim, said earlier on Monday that the temple's iconic columns were still standing, despite an explosion there Sunday.
Read more on CNN.
Posted on: 09:00 Tue, 01 September 2015