Yvonne Farrell (L) and Shelley McNamara, pictured in 2018, are the first female duo and first Irish citizens to win the Pritzker Prize in architecture

The pair met at university in 1974, and went on to found their firm Grafton Architects in 1978 in Dublin, where they have worked together for four decades.

McNamara, 68, and Farrell, 69, are the first female duo to win a Pritzker, and the first architects from Ireland to be awarded the prize.

"Pioneers in a field that has traditionally been and still is a male-dominated profession, they are also beacons to others as they forge their exemplary professional path," read the jury citation.

Just three women have won Pritzkers before them: Zaha Hadid in 2004, Kazuyo Sejima in 2010 (with Ryue Nishizawa) and Carme Pigem in 2017 (with Ramon Vilalta and Rafael Aranda). 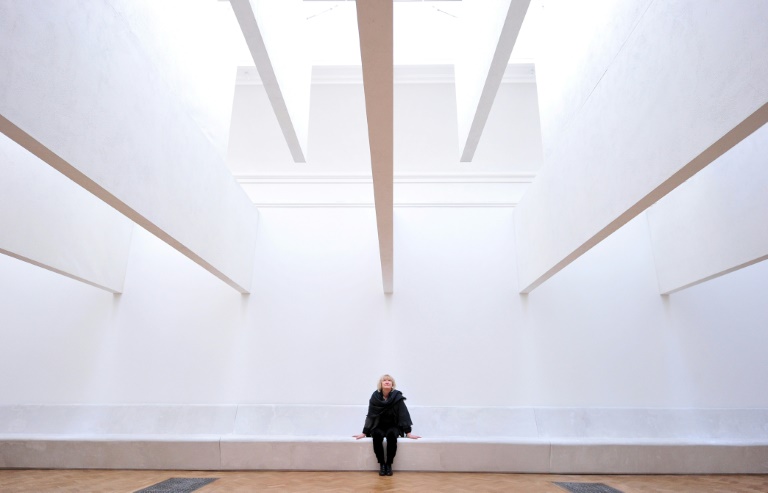 Irish architect Yvonne Farrell, a newly minted Pritzker laureate, poses next to her installation at the Royal Academy of Arts in central London in 2014.

In announcing their selection, the jury cited Farrell and McNamara's "integrity" and "generosity towards their colleagues" - both continue to teach, rare for architects of their repute.

The judges also praised their "unceasing commitment to excellence in architecture, their responsible attitude toward the environment, their ability to be cosmopolitan while embracing the uniqueness of each place in which they work."

The pair say Ireland informed their focus on geography and shifts in climate, resulting in buildings that celebrate detail while remaining modest.

"What we try to do in our work is to be aware of the various levels of citizenship and try to find an architecture that deals with overlap, that heightens your relationship to one another," the Pritzker committee quoted Farrell as saying.

In 2008, Farrell and McNamara's celebrated Grafton Building at Milan's Bocconi University was named World Building of the Year at the World Architecture Festival in Barcelona, a prize that thrust the pair onto the international stage.

The past four decades have seen them complete projects in Ireland as well as Britain, France, Italy and Peru - notably designing many educational and civic buildings - all with nuanced sensitivity to a site's natural elements and needs.

"The collaboration between Yvonne Farrell and Shelley McNamara represents a veritable interconnectedness between equal counterparts," said Tom Pritzker, chairman of the foundation that sponsors the award.

"They demonstrate incredible strength in their architecture, show deep relation to the local situation in all regards, establish different responses to each commission while maintaining the honesty of their work, and exceed the requirements of the field through responsibility and community."

In 2018, Farrell and McNamara curated that year's Venice Architecture Biennale, entitled "Freespace," which they defined as "a generosity of spirit and a sense of humanity at the core of architecture's agenda." 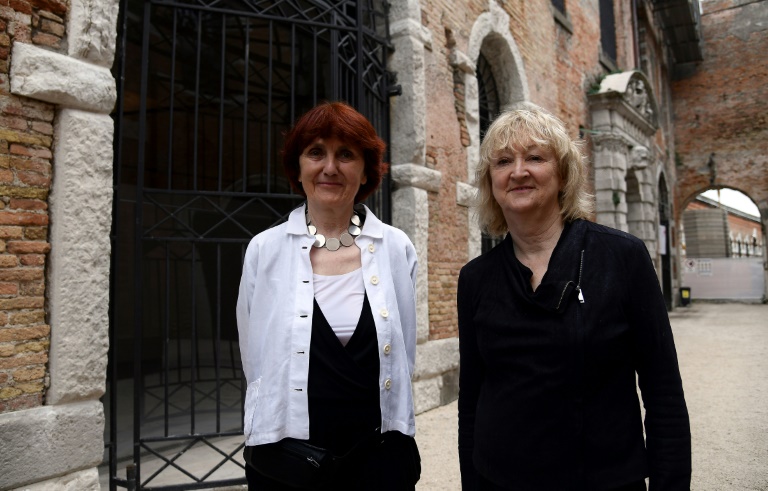 In announcing their selection, the Pritzker jury cited Farrell and McNamara's "integrity" and "generosity towards their colleagues" -- both continue to teach, rare for architects of their repute.

"We are interested in going beyond the visual, emphasizing the role of architecture in the choreography of daily life," they said in their Biennale announcement.

"We see the Earth as client. This brings with it long-lasting responsibilities."

In 2016, their firm won the inaugural RIBA International Prize, for their University of Engineering and Technology building in Peru, which the judges called a "modern-day Machu Picchu" for its verticality and mix of open and enclosed spaces.

Though acclaimed, the pair have cautioned against the "starchitect" phenomenon that celebrates eye candy and celebrity over structural needs.

Farrell, speaking to Spain's IE University in 2015, instead likened architects to translators, saying "we translate people's needs and their dreams into reality."

"We make the space in which life happens, and I think our profession needs to expand to embrace all the other disciplines of environmental sustainability, of making, of the crisis, of changing people's attitude."