Christmas, the worst time for animals 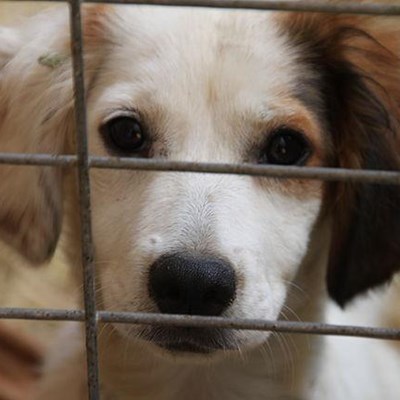 Pets do not make good gifts. They are not a Christmas present, but a 10 - 15 year commitment that not everyone can keep.
SOUTHERN CAPE NEWS - Yes, it is a magical, warm-and-fuzzy time of year for humans but probably the worst time of year for animals. So many pets, farmed animals and wildlife have an even more miserable time during 'the silly season'.
Pets get left at home, dumped along highways, run away and injure themselves in terror as humans revel in the cacophony and explosive brightness of fireworks.
More farmed animals get slaughtered for the seasonal feasts, some get neglected as their owners leave their care in the hands of inexperienced people, and they too, are terrified by fireworks.
Rhino and elephant poaching increases near Christmas as does the illegal trade in exotic animals. 'Cute' pangolins, reptiles, apes and more are cruelly ripped from their natural habitats by rustlers and sold to be given as gifts.
Most of these animal gifts are a novelty for a few weeks then the people lose interest in them and they get shoved into tiny cages where they survive miserably with no social contact with their own kind, fed food that is inappropriate or 'released into the wild' where they perish as they are vulnerable away from their natural environments and families.
Even commonly accepted animal trade like buying animals from a pet shop creates financial opportunities for unscrupulous people who breed animals, often in terrible conditions, to feed the pet shops with more and more pets that also frequently get neglected after their novelty wears off.
The SPCA begs everyone to not be part of the accepted or illegal animal trade as you are perpetuating monetary greed that leads to so much animal misery.
'We bring you the latest Garden Route, Klein Karoo, Hessequa news'