Nik Wallenda (R) and Lijana Wallenda walk a high wire over Times Square, passing each other halfway through.

The undertaking, which was broadcast live, saw the duo start the wire walk on opposite sides, slowly moving towards each other holding balancing poles as a throng of onlookers gawked from below. 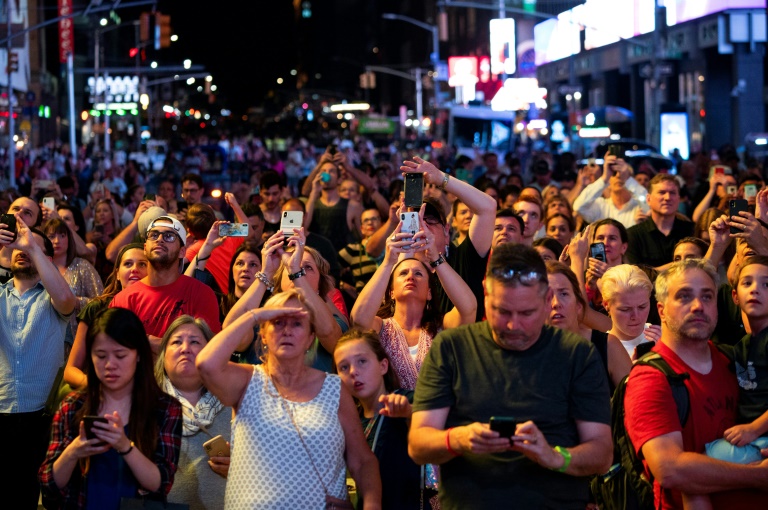 A mass of people gathered to watch the Wallenda siblings attempt their daredevil stunt.

When the siblings met, Lijana sat on the 396-meter (1300-foot) wire strung between skyscrapers so her brother could step over her, before standing back up and finishing the walk.

Tensions were running particularly high as it was the 42-year-old Lijana's first such attempt since 2017, when she and four others fell more than 9 meters while rehearsing an eight-person pyramid on a wire.

The near-fatal incident left her seriously injured, including breaking most bones in her face.

During the approximately 36 minutes the acrobats took to complete the nerve-wracking stunt Nik - who in 2012 traversed Niagara Falls on a wire, and the Little Colorado River Gorge close to the Grand Canyon a year later - offered words of encouragement to his sister via earpiece microphones, as she audibly prayed and sang. 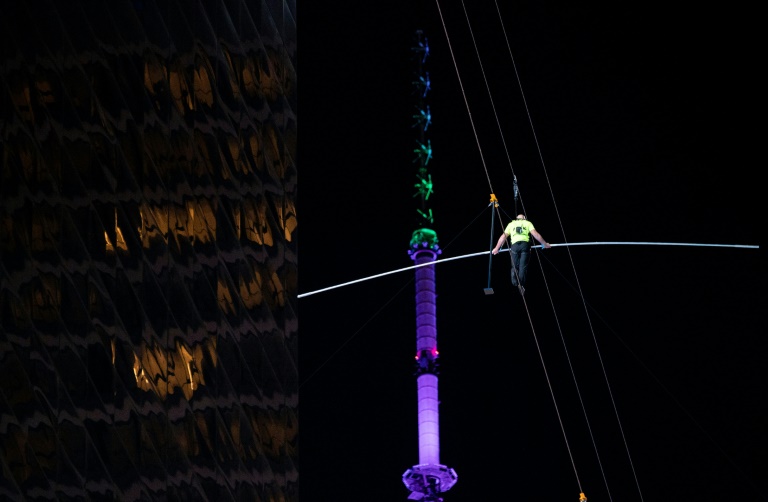 In 2012 Nik Wallenda traversed Niagra Falls on a wire, and the Little Colorado River Gorge close to the Grand Canyon a year later.

New York allowed the siblings to attempt Sunday's walk on the condition that they wear safety harnesses, a mandate Nik had said added physical weight and stress to the challenge.

In 2013 the city had declined him permission to cross a wire anchored between the Empire State and Chrysler buildings.

Sunday's never-before-attempted stunt is yet another feather in the cap of the Wallendas, a family famous for jaw-dropping endeavors executed from dizzying heights - without safety nets.

The clan's performances date back generations to the Austro-Hungarian empire and debuted in the United States in 1928, as part of the Ringling Brothers and Barnum & Bailey Circus. 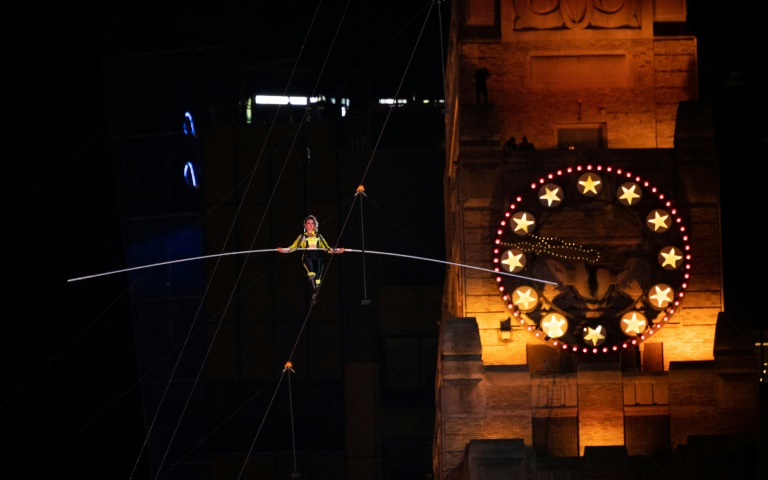 Lijana Wallenda nearly died in 2017 when she and four others fell 30 feet while rehearsing an eight-person pyramid on a wire.

In 1978 Karl Wallenda - Nik and Lijana's great grandfather, who brought the family act stateside - tumbled to his death at age 73 while attempting a wire walk in San Juan, Puerto Rico.

New York has long attracted daredevils seeking to make headlines: Harry Houdini escaped a crate in which he was chained and thrown in the river over a century ago, and Evel Knievel soared on his motorcycle over ten vehicles in 1971.

In 1974, Frenchman Philippe Petit famously walked a tightrope between the tops of the Twin Towers of the former World Trade Center, 400 meters above the pavement.