The show includes 200 works by the prolific painter, designer and architect.

INTERNATIONAL NEWS - Italy is marking 500 years since the death of Renaissance master Raphael with a blockbuster exhibition whose preparations were marred by a row over a treasured portrait some feared was too fragile to move.

The show at Rome's imposing Scuderie del Quirinale presidential palace includes 200 works by the prolific painter, designer and architect, a child prodigy who died aged only 37 in 1520.

Experts are deeply divided over a portrait of Pope Leo X with two cardinals belonging to the Uffizi Gallery of Florence, the Renaissance capital which lent a quarter of the works going on display in Rome from Thursday through June 2.

Painted in burgundy reds and blood orange between 1518 and 1519, the stunning work caused a sensation at the time for its revolutionary group portraiture concept.

The Uffizi's scientific committee decided that the 154 by 119 centimetre (61 by 47 inch) painting was too fragile to make the trip to Rome.

All four members of the committee resigned last week over a decision by the gallery's German director Eike Schmidt to override their ruling and add the painting to the Rome show.

In a letter published in the daily La Repubblica, the committee noted that the portrait was on a list of 24 "immovable" works the Uffizi had drawn up in December.

"Leo X's painting was very important when he was in Rome," Schmidt told reporters on Wednesday.

"He was the Pope of peace. (This is) an identity work that had to be in the city of the popes - in Rome." 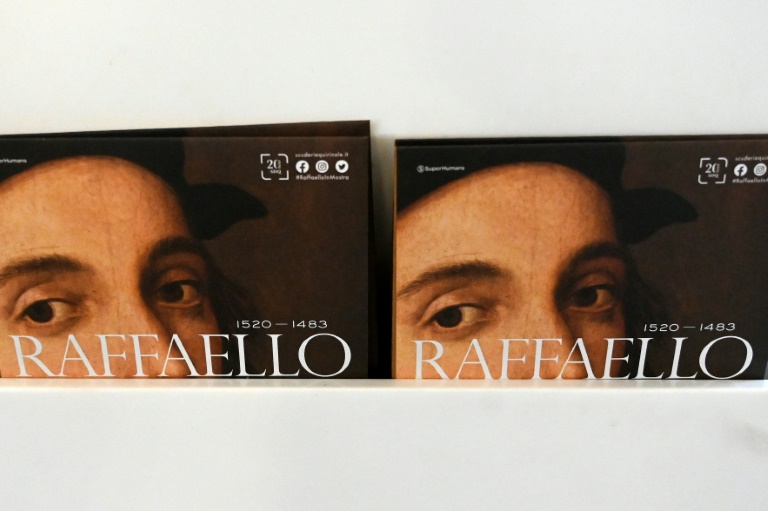 A hit parade of world-class museums have contributed works for the exhibtion.

The quarrel followed three years of gruelling work aimed at putting together a retrospective befitting a master who was part of a trinity of Renaissance greats along with Michelangelo and Leonardo da Vinci.

The show will feature works from a hit parade of world-class museums: the Louvre in Paris, the National Gallery in London, the Prado in Madrid and Washington's National Gallery.

Some of its most famous paintings include the Madonna of the Rose, painted in Raphael’s trademark pastel colours; the striking green and red Portrait of Pope Julius II; and the Portrait of Baldassare Castiglione, a pyramidal composition in elegant earth tones.

Raphael was sent off with high honours at a grand funeral at the Vatican, and his remains rest in the Rome Pantheon. A red rose graces his grave year-round.

In addition to the Rome exhibit, the anniversary is also being marked with shows in Urbino, the walled city in central Italy where the master was born, and Milan. 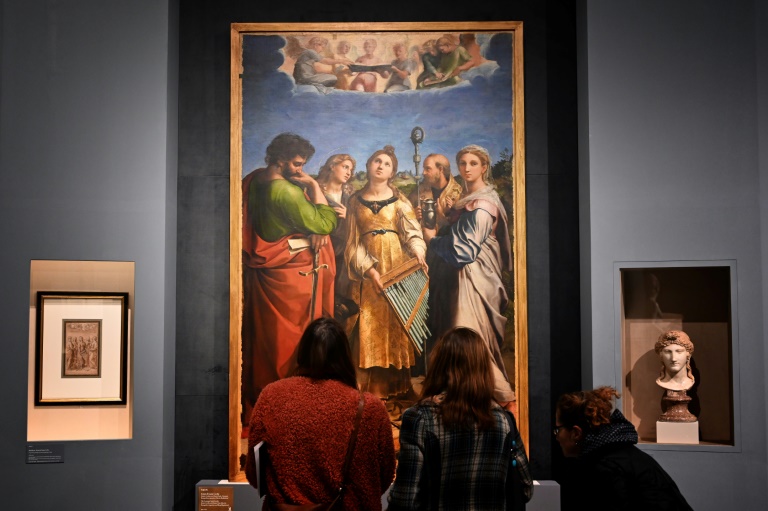 His famous tapestries woven in Bruges and depicting events from the lives of saints Peter and Paul have been hung in the Sistine Chapel, their intended home from the start.

Despite his premature death, Raphael produced a vast amount of seminal work, much of it at the Vatican, whose museums include several rooms filled with his frescoes.

They are mesmerising but unfinished, just hinting at his true genius.

Completed by Raphael's students after his death and depicting the great philosophers in Athens - including a cheeky cameo of himself - they remain some of the Vatican's most popular rooms.

Raphael left behind a "heritage of invaluable beauty", Pope Francis said in January. 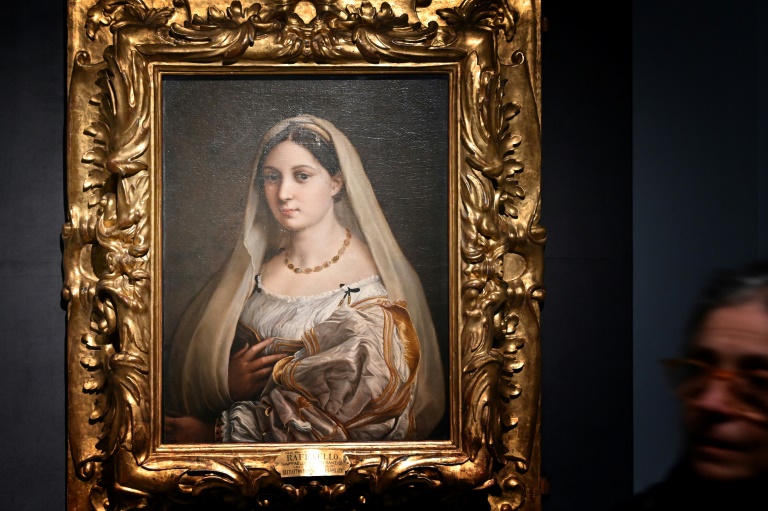 Despite his premature death at 37, Raphael produced a vast amount of seminal work, much of it at the Vatican, whose museums include several rooms filled with his frescoes.

"As the artist's genius knows how to harmoniously compose the materials, colours and sounds to be a part of a single work of art, so diplomacy calls on the state to build a world of justice and peace, which is the most beautiful picture we can admire," the Argentine-born pontiff said.

The retrospective, proclaimed by the Uffizi director as the largest and most important ever dedicated to Raphael, is already breaking records.

Devotees from around the world have pre-ordered 70,000 tickets, despite Italy bearing the brunt of the new coronavirus scare in Europe.

It is fitting, "at a time like this, because Raphael died of an infection," said Schmidt, citing the most widely-held theory about the painter's sudden end.

A more romantic versions say that he died of overwork and the stress of a tumultuous love affair.

The Italian government is now mulling a series of new crowd control measures to stem the spread of the COVID-19 disease, which has killed 107 people in Italy in two weeks.