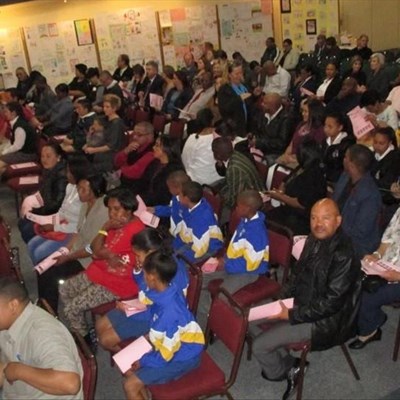 Winners of the anti-bullying campaign were announced on 21 October at the George Museum.

WESTERN CAPE NEWS - The Western Cape Education Department awarded learners who participated in an anti-bullying campaign, with certificates at the George Museum on 21 October.

Due to the escalation of bullying and violent incidences at schools, the Eden and Central Karoo Education District has launched a campaign to highlight this growing concern. According to Roger Jacobs, the head of Specialised Learner and Educator Support, a concerted effort is needed involving all schools to curb these challenges.

One of the strategies of the Education Department has been the launch of a competition to involve schools in activities and discussions about bullying and its effects on learners.

The date of 14 to 18 August was identified as a focus week for schools to have anti-bullying activities. Entries for the anti-bully competition were received from both high and primary schools and it was adjudicated by subject advisors and other staff of the Eden and Central Karoo education district.

Learners received certificates for best essays from grade 4 to 12 and best posters from grade 1 to 7.

The respective winners, their parents and school principals were invited to the function that was attended by 170 people.