The 35-year-old, who won four European Cups in a glittering career with the Spanish giants, set up the home side's opening goal after 13 minutes, threading a defence-splitting pass for hat-trick hero Keijiro Ogawa to lob over goalkeeper Farizal Marlias.

A handball by Iniesta's former Barca teammate Thomas Vermaelen allowed the visitors to equalise from the spot through Safawi Rasid on 27 minutes.

But parity vanished less than 60 seconds later when Kyogo Furuhashi slammed in a shot from the edge of the box to restore Kobe's advantage, before Brazilian striker Douglas forced a sharp save from Marlias.

With Iniesta spraying passes from deep, Vissel could have been out of sight by half-time in their Group G opener, especially if their players had been on Iniesta's wavelength.

World Cup winner Iniesta, who joined the J-League club on a monster, three-year deal almost two years ago, played a key part in Kobe's third goal 13 minutes into the second half.

The little sorcerer conjured a filthy no-look pass for Gotoku Sakai, who teed up Ogawa for the bleach-blond striker's second of the night, before Douglas added a brilliant solo goal seven minutes later.

As the floodgates threatened to open, Iniesta dinked an inch-perfect cross onto the head of Ogawa to complete his hat-trick after 72 minutes.

He was substituted to a standing ovation two minutes from time, turning to bow to the pitch as is the Japanese custom, before taking his place on the bench.

Iniesta, who captured 32 major trophies with Barcelona, is chasing a third title with Kobe after helping them to their maiden Emperor's Cup triumph in January and a first Japanese Super Cup last weekend.

Teruhito Nakagawa twice went close for Yokohama before he set up the opener, crossing to Keita Endo who half-volleyed the visitors ahead just after the half-hour.

Endo also had a hand in Yokohama's second, when his cross was intercepted by unfortunate Jeonbuk defender Kim Jin-su who prodded the ball into his own net. 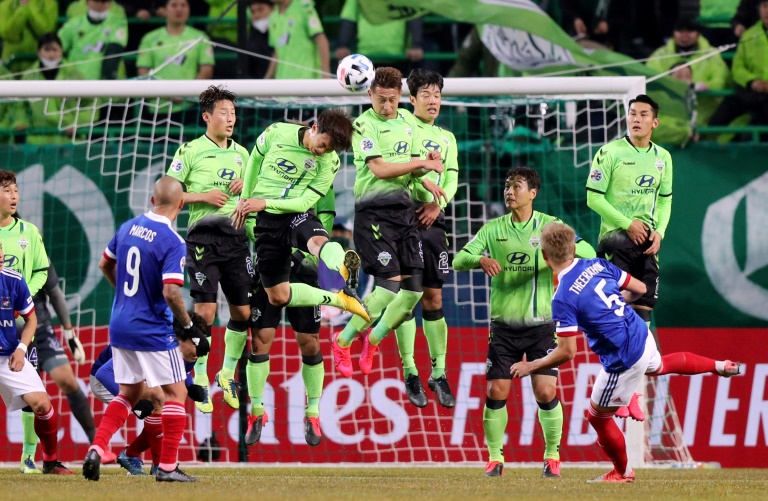 In a chance-filled first half, Jeonbuk also had their moments but Yokohama could have gone further ahead when Ado Onaiwu had a shot cleared off the line and Nakagawa fired narrowly wide.

Jeonbuk's chances of a comeback sank when Son Jun-ho received his second yellow card, but a moment of madness from Yokohama goalkeeper Yuji Kajikawa gave the hosts hope with 10 minutes left.

Kajikawa needlessly charged out to intercept a long ball and missed it completely, gifting substitute Jo Kyu-seong an empty net. However, Jeonbuk soon lost their second player when Lee Yong was carded twice in two minutes.

Only two games were played on Tuesday as ties involving Chinese teams - Guangzhou Evergrande in Group G, and Shanghai SIPG in Group H - have been postponed until April over the deadly coronavirus.

Do you pay your municipal accounts online?