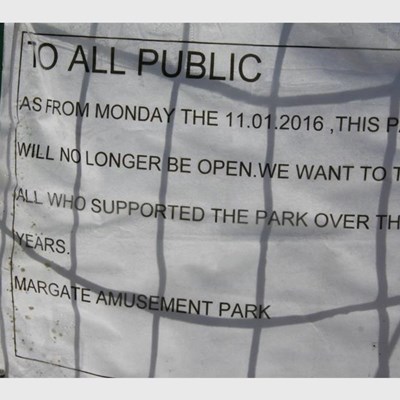 This after they were served with an eviction notice, with a hearing set down for Wednesday next week.

A senior representative of the park said that they were relocating to Johannesburg.

The park was started by Ben Skitter who ran it from 1987 to 2001, when the current operator, Anna du Plessis took over.

“In its heyday, the park was bustling. You could hear the crowds screaming with fun, but not lately,” she said. The wear and tear had become visible, business had dropped and the park was too expensive to maintain.
Read more on the Caxton publication, South Coast Herald.